The team at the Victorian Emporium love a good day or night out. Here is a list of our favourite historic properties from the Victorian era, or those that were refurbished during the Victorian era; these are well worth a visit for inspiration. You may not be able to transfer the information you find here accurately into a domestic property. But, hopefully, they will give you ideas about what genuine Victorian interior design looks like, and help you decide what is right and what will enhance your project.

Where are the best Victorian interiors? 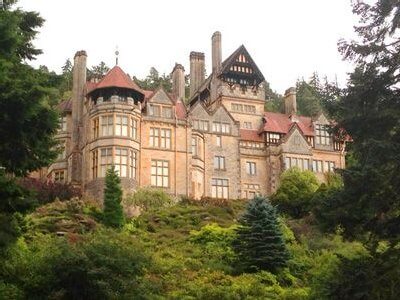 Cragside makes for a wonderful day out. Located close to Northumberland’s stunning coastline – designated by the government as an Area of Outstanding Natural Beauty - the house and grounds were conceived by the visionary Lord Armstrong, an inventor and leading businessman of the era. He created his own Arts and Crafts country estate; it was the first house lit by hydroelectricity with an interior that used many of the newly modern techniques now familiar to us all. Drive or, better, cycle the estate drive (6 miles on one way tarmac roads) to view his man made lakes and stunning landscape. The grounds are dog friendly.

If you are south of London, William Morris' The Red House is worth a visit. A must see for fans of the designer, William Morris, and one of the first Arts and Crafts houses. As the house is relatively small and has been kept as it was when Morris lived there, this does not make for a long visit. Renovation is on-going so exhibits may have increased since our last visit. New discoveries include a fresco that is being restored and has been hidden for many decades.

An inspiring place to visit, full of beautiful things and showcasing  the amazing depth and breadth of Morris’ work; the Gallery confirms his status as a Victorian icon. Displayed are a  wealth of fabric designs, textiles, wallpapers, furniture, stained glass, ceramics, metalwork, books and archived materials as well as personal items, such as his coffee cup and satchel. Did you know Morris was also a poet and social activist as well as a designer and craftsman? We feel tired just thinking about the sheer quantity of work he produced.

Recently restored, St Pancras Station is an iconic landmark which is impressive in many ways. The building is vast and there is much evidence of the old working with the new. Also a fabulous location to enjoy a coffee or lunch when passing through this part of town. Eurostar leaves from the Station and the newly refurbished King’s Cross Station is next door. The St Pancras Station Hotel is also stunning.

If you appreciate stunning landscapes and over the top, sheer decadence is your architectural and interior decoration style of choice, you’ll love Waddesdon. Too gaudy for some tastes, Waddesdon is a breathtaking house in the style of a 19th century French chateau, and houses a wonderful collection of porcelain, paintings and furniture as well as a priceless Rothschild wine cellar. Amazing gardens and views, an aviary that children love and a very pleasant restaurant.

The former home of Benjamin Disraeli, Hughenden is of interest both from a historical and architectural perspective. It is a house that feels like a realistic home rather than a museum and the majority of the elements of its Victorian interior design could easily be adapted and copied into any more modest Victorian renovation project.

There are ten award-winning Museums at Ironbridge spread along the valley beside the River Severn where you can be inspired by the wealth of Victorian (and pre-Victorian) buildings, factories and products and the machines that made them. Ironbridge is where the Industrial Revolution began. You can visit the first Iron Bridge, walk around an authentic Victorian town and see original Victorian products in the place where they were manufactured. A long weekend and comfortable shoes are a must.

Pevsner's Buildings of England series rates this church as " one of the most tremendous 19th century churches in the world". From the outside it looks like a huge signal box with a gigantic rose window. Inside its height is much greater than Westminster Abbey. It has no aisles but tall arches piercing the side walls; the roof is made of timber with huge tie-beams across the 58ft width. The architect was the local, Edmund Scott. John Betjeman wrote "This great church is a tall sanctuary of peace. Its interior awes beholders to silence".

Max Gate was the home of Thomas Hardy, one of our favourite Victorian authors. Hardy designed the house in 1885 to show that he was part of the wealthy middle classes of the area, to reflect his position as a successful writer, and to enable him to enter polite society. Although few of Hardy’s possessions remain at Max Gate you can still see the spaces he created and the rooms he designed. We enjoyed visualizing Hardy at work on Tess of the d'Urbervilles and Jude the Obscure whilst living here. 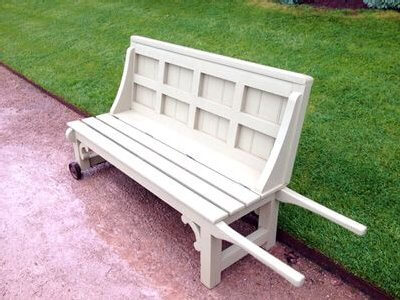 Powis Castle is a place where many periods of architectural style collide in perfect harmony and is a stunning place to visit at any time of year, even a typical wet Welsh day. Out of awe inspiring landscaped gardens with breathtaking views, bright green and fertile, rises this magnificent structure built originally around 1200 but with an impressive interior updated and enhanced over the centuries. We were particularly inspired by many of the improvements to the castle made by Bodley in the early 20th Century – especially the Victorian wallpaper, upholstery and soft furnishings used in many of the public rooms.

Danesfield was rebuilt on the site of an older property by Robert William Hudson between 1899 and 1901 in the style of the Italian Renaissance and faced with locally quarried rock-chalk. The house was finished with such disregard of expense that it became an architectural show place. It has impressive terraced gardens overlooking the river Thames and is a treat to visit either to stay the night or just to eat in it’s Michelin Starred restaurant. The restaurant whilst simple in it’s decoration boasts beautiful ornate plasterwork, which you can only dream of mimicing.

Pimlico is a suburb of London, known for its grand squares and Regency and Victorian architecture. The master builder, Thomas Cubitt, responsible for the east front of Buckingham Palace, was instrumental in creating these squares in Pimlico. Indeed they follow a similar design to that of Buckingham Palace.
There are several notable squares, for example, Eccleston Square, SW1 (near to Victoria Station) is noted for the beauty of its central gardens. Then, walking south from Eccleston Square, the next square is Warwick Square, built to a similar design. And, walking south (toward the River) from Warwick Square is St George’s Square. On this Square, look out for St Saviour’s Church, a Victorian gem which has a rich history.

Opened by Queen Victoria in 1871 and named after her late husband, Prince Albert, the iconic Royal Albert Hall is one of London’s leading concert venues. The building was originally conceived as a multipurpose building to host not only concerts of music but exhibitions, public meetings, scientific conversations and award ceremonies. Indeed, the whole of the South Kensington Campus was originally conceived by Prince Albert to celebrate history, the arts, engineering and science. This area of London is rich in Victorian buildings and history including the equally famous Albert Memorial.

The Old Vic opened on 11th May 1818 and was originally named The Royal Coburg but in 1833 was renamed The Royal Victoria in honour of Princess (later Queen) Victoria. The theatre has been host to the most famous actors of the day from Edmund Kean to Sybil Thorndike, John Gielgud, Peggy Ashcroft and Ralph Richardson among other eminent thespians. It has a rich history of great performances and “continues to attract the best creative talent from the UK and all over the world to tread its famous boards”. The theatre was managed from 1898-1937 by Lilian Bayliss and she adopted the official title of The Old Vic. The theatre was the first home of The National Theatre under Laurence Olivier. The interiors were completely reconstructed in 1871 while a beautiful and historically accurate refurbishment in 1983 makes this theatre a real treat to visit; the refurbished exterior is based on the original façade design with the auditorium modelled on the interior design from 1871. It has won architectural refurbishment awards and with the actor Kevin Spacey continuing as its artistic director there is no need to visit simply for the architecture.

Fancy a pint? There are an enormous number of beautiful and inspiring Victorian pubs and most towns and cities in the UK, but here are a few of our London favourites:

The Warrington, 93 Warrington Crescent,  London, W9 1EH
The Warrington in Maida Vale, built as a hotel in 1857, is an absolute treasure trove of late Victorian features, many in the total style that is art noveau, with examples here encompassing many mediums, be they mosaics, friezes, stained glass, fireplaces, lighting. The way all these elements are tied together around the imposing circular bar makes the main reception, and staircase to the restaurant, said to be up-cycled from a ship, one of the most exquisite pub interiors in London.

The Engineer, 65 Gloucester Ave  London, NW1 8JH
The Engineer in upmarket Primrose Hill, named after Isambard Kingdom Brunel, is a fantastic example of an early Victorian corner pub. Taller than it is long, with expansive windows, it's almost too cosy, lovingly restored with what could well be original features inside and out. The simplicity and attention to detail in the carpentry is a joy to behold.

St John's Tavern, 91 Junction Road, London N19 5QU
St John's Tavern in Archway, pioneer of London's burgeoning gastro-pub movement, is a picture-postcard Victorian boozer, with signature, gravity defying, dual corner lanterns. More open plan than it might have been back in the day, the interior is all about space and clean lines with as much of a nod to its heritage as possible.

The Crown Liquor Saloon, Belfast
You will find The Crown Liquor Saloon within a short stroll of The Europa Hotel in Belfast, Northern Ireland. The Crown is both ageless and priceless, a gem of Victoriana and one of the great bars of the world. The pub dates back to 1826 when the first train ran from Belfast to Lisburn. In 1885 skilled craftsmen from Italy who had been imported to help build Catholic churches were persuaded to moonlight at the Crown and were responsible for the glasswork and rich ornamental woodwork which turned the then owner's dream into a reality.The National Trust purchased this exotic property in 1978 and in 1981 made a sympathetic restoration. The pub today is exceptionally popular both with locals and tourists.

Let us know about any of your favourite inspiring Victorian interiors in England, Ireland, Scotland and Wales or indeed worldwide that you think should be added to the list and why. You can get in touch with us or leave a comment below.