When carrying out an extension on a period house, there are many things to consider. However, a fundamental consideration if you wish your extension to seamlessly mesh with your existing house is the size, colour and texture of the bricks you use. You need to make sure they are as close to the original bricks as possible and that new bricks have gone through an ageing process to match the appearance of your older, more worn ones.

How to find the right brick

To find the right brick, you may well be guided towards using a brick matcher. Brick matching is a job in itself and the brick retail industry in the UK is worth many billions of pounds per year. Brick matchers can be the link between the customer and manufacturers. However, this is not the only route to finding bricks for your Victorian extension.

A brick matcher will want to visit the site or for you to send them photographs of your existing bricks so they can assess what bricks might match. They should then be able to source a choice of bricks for you to choose from so that you have a range of suppliers and prices. It is important that you pick the right person to do this job for you as will make the process run smoother later down the line when you come to the main building work. 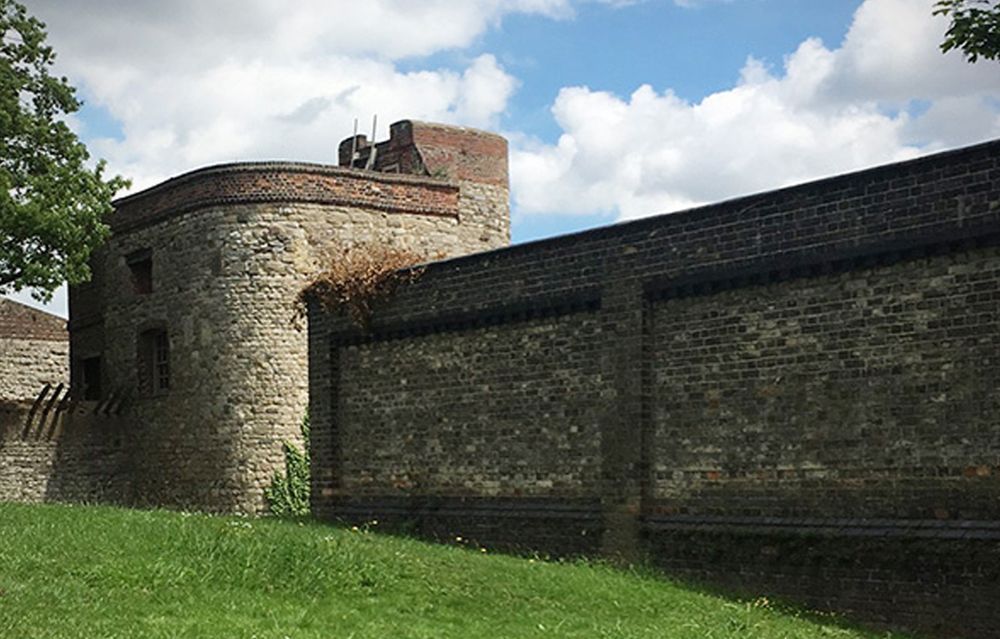 If you consider the larger scale jobs that a brick merchant will be offered, such as a housing estate requiring up to half a million bricks, you can see why they may be less keen to take on a smaller project of just one house. However, there are people out there who will do it, it is just about finding the right one that will work for your needs.

A note about imperial and metric sized bricks; pre-1965 properties were built with imperial bricks, which vary in size but are most commonly 230 x 108 x 73mm or 228 x 108 x 68mm. You will find that if you own a period house, the bricks will be in one of the imperial sizes above or in a different but non-metric size. The standard metric sized bricks at 215 mm x 102.5 mm x 65 mm are sold in small quantities as stock items in many builder’s merchants but will not match a period property due to their size and should not be used on any facing brickwork. So, there is your first difficulty as a period homeowner wishing to repair, alter or extend your property – you need a less common brick that would not be held as a stock item in a shop you can visit.

After this, comes the challenge of colour matching. A slight difference in colour will be very obvious if you extend your property especially if you are extending an existing face of a building rather than turning a corner or stepping back. Therefore, it’s worth doing the extra work to find which colour brick is the closest match possible which needn’t break the bank. Brick colours are regional with London and the South featuring many yellow bricks, sooty red bricks being common in cities and red bricks of different hues being used in most regions of the country. Many imperial sized bricks in these colours are manufactured elsewhere in Europe and imported which keeps their cost down. A good imperial size brick in a Victorian colour should come in at around £1 per brick. Don’t’ just rely on your builder to find bricks for you as they will not be concerned about cost or the finished product as much as you will. If you buy from small specialist UK brick manufacturers (there are only a few) such as H Matthews in Chesham, you will probably pay significantly more for this bespoke product up to £2.50-3.00 per brick – and may be quoted lead times of up to 6 months. This is not necessarily the wrong choice for everyone but for the average extension, this could make a difference of £10,000 and scupper your proposed timetable.

Due to pollution and environmental concerns, large scale brick manufacturing in the UK almost ceased with many brick factories closing for good. This was mainly due to lack of investment with manufacturers not wanting to reinvest money into gas kilns to take over from coal. Therefore, most of our bricks in the UK are imported from Europe and Turkey which is why sometimes lack of stock is an issue. Before you start talking to brick merchants, calculate quantities required and enquire about lead times. Some brick companies are so inundated with orders that Ibstock, a major UK supplier, for example, was quoting 9-month lead times in the summer of 2018 for particular imperial sized bricks.

How many bricks do you need?

For imperial bricks with 1cm bond, 56 bricks are required per m2 for a stretcher bond style. Header stretcher requires 73 bricks. The best way to assess quantities is to print out house elevations from your plans, then measure the square meterage of all wall surface areas minus any reveals such as doors, windows etc. Don’t forget to include chimneys and gables. Make sure you calculate this accurately and then get someone to recheck your workings. You may need to add on a few courses of bricks that are not shown on plans as they are under the ground – you need to ask your builder about this. Add on at least 10% to allow for wastage and breakages. Brick deliveries are costly because of the weight and dimensions of packs of bricks, and only whole packs are sold so you don’t want to be 200 bricks short at the end of the job and end up paying an additional £300 delivery for one pack of 500 bricks.

You can do some initial research on suitable bricks by trawling the internet for bricks and finding brick manufacturers yourself or a brick retailers’ site where a wide range of imperial sized bricks is sold. 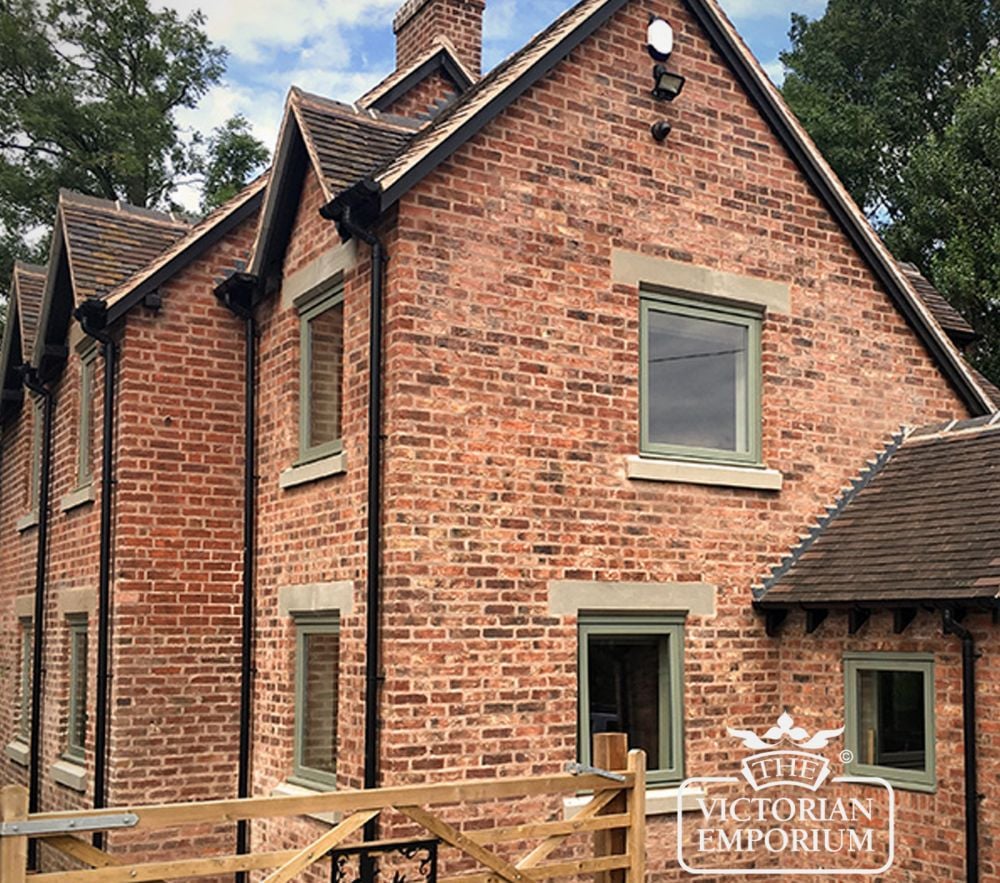 Can you buy bricks individually?

This really depends on the type of brick. If you are purchasing brand new standard sized and shaped bricks, these are sold in packs. Pack sizes can go from around 400-600 bricks. The only bricks you can purchase individually are specialist bricks. These include black headers, capping or coping bricks, which are special semi-circular bricks, glazed bricks and other bricks that are used in small quantities. Reclaimed bricks are also usually purchased individually or as job lots rather than in packs.

One type of new brick that you can purchase individually is a brick slip. Brick slips are a 15mm thick facing brick usually cut from a whole brick, and once installed, give the appearance of a whole brick. This is perfect for creating the look of bare brick walls inside your house without removing any render or plaster or to cover damaged and unsightly brickwork. They can also be used to repair cosmetic damage to exterior brickwork by removing a 20mm slice off the face of any damaged brick, and then applying suitable adhesive before installing the brick slip by sticking it onto the remaining body of the damaged brick so that it lies flush with the rest of the brickwork. As long as you are careful, this should not cause any structural damage to your house.

Getting samples and choosing a brick

Bricks might look perfect in a brochure or on screen but often when they arrive you find that the texture, colour or even size is different from what has been described on their product data sheets. That’s why it’s important to ask for a number of samples to be sent to you of all the potential matches from all the potential sources. Otherwise, you could waste months waiting for one sample to arrive, finding it’s wrong, then ordering another, finding it’s wrong and so on.

Samples are normally supplied free of charge – if samples are sent to you, your site address will be registered by the supplier of the samples/brick matcher which means only they can then sell you this particular brick. This stops other retailers undercutting them, and makes the job profitable. Once they register the site, you are tied to them. It is always worth trying to haggle on the first price you are given as bricks could make up a large proportion of your budget.

You may find that several brick suppliers can supply very similar bricks but at very different prices, therefore, it’s always worth shopping around and getting a number of brick matchers on the case. They will all have different manufacturer relationships, as there will always be one that is very slow and does little or no work on your behalf and who can again waste months of your time if you rely solely on him.

In theory, you should only need one good brick matcher but in reality, if you rely on one, you are putting all of your eggs in one basket. If you are bottom of their list, you may waste a lot of time and frustration before you find a solution.

Before you make a purchasing decision, check about lead times, delivery charges and unloading equipment and get your bricklayer lined up – this might take longer to do than finding the right brick. As a rule of thumb, bricks and bricklaying costs should be around the same price if paying around £1 per brick.

Check out our own range of imperial sized bricks here.