Skip to content - Researching the history of your Victorian home

Researching the history of your Victorian home can be a fascinating journey of discovery - unlocking some of the secrets of former residents and what the house may have been like in the past. Whether you’re renovating a Victorian house or simply a lover of the style, knowing the history can offer great insight into the way you view your home.

How do I research the history of a house?

Firstly, head to the local history library or county records office in your area. They will hold most of the sources you need, as well as be able to point you in the right direction.

When starting to research the history of a house, it can be very tempting to jump straight in, but it is enormously useful to first do a little reading on the history of your local area. This will give an idea of its development and how your house may fit into the history of the village or town. There was a vast amount of building development during the Victorian period, which was often due to developments in transport, such as the railways, but you may find further clues to developments on specific areas of land, former landowners, or other developments in industry that provoked the building of your street and house.

Work backwards and mind the gaps

You may already have a clue as to the date of construction of your house and you may want to start at the earliest period, but many things changed over time, including street names and house numbers, which mean you may end up researching the wrong house. It is much easier to work backwards in time. If the house number changes or there are gaps in the records, it will be much easier to spot and keep on track if you work from a confirmed detail.

One of the most useful series of maps for Victorian Britain are the Ordnance Survey maps, particularly the detailed maps first produced from the 1860s to 1880s (depending on the area). Prior to this, you can view your area in the early years of the Victorian period by looking at tithe maps and the accompanying apportionment, produced in the 1830s and 1840s. Other maps that are useful for homes in London include: Edward Stanford map, 1862; Charles Booth poverty maps, 1899; and bomb damage maps. Across different parts of the country you will also find private estate maps, as well as parish and county maps.

One of the best sources for who lived in your house during the 21st and 20th century is the electoral registers. They list those in the house who were eligible to vote, going back to the early 20th century and sometimes the late 19th century. Although it is worth noting that not everyone in the house was eligible to vote, so these records won’t record children or some foreign residents, and prior to 1928 not all women could vote.

Trade directories or street directories are also a valuable tool. They are like early phone books, but are listed by address. The earliest versions listed local tradesmen as well as prominent residents, but slowly they evolved to include the head of the house for most properties. There are a number of different versions, and you can find county directories, as well as local area directories.

The census records are fascinating for house histories as they are one of the best sources that give a better insight into all those living in the house. The first census was taken in 1801, but it was in 1841 that the first personal details began to be recorded. Undertaken every ten years, the census between 1841 and 1911 (they are only released after 100 years) give fantastic details of those in the house on census night. They are not without their errors, but in general they hold fabulous details relating to all the family members, as well as servants, visitors, and lodgers.

They really don’t sound like the most exciting records, but tax records can be enormously useful when researching your home. One of the most interesting is the 1910 Inland Revenue Valuation Survey. The records were produced for a new land tax and feature the property on a map, with a corresponding field book describing the property and its value. Land tax and parish rate books, the equivalent to an early form of council tax, are also valuable sources.

You may be fortunate to hold the original deeds for your property, and these will give you valuable details about former owners and property transfers, including key information related to mortgages and leases. However, finding historic deeds is becoming rarer as they are no longer legally required, but you may find relevant documents in your local studies library or county record office. You may also find details of the transfer of property through estate or manorial records, as well as wills, probate and legal disputes.

Some final fascinating sources for telling the story of your Victorian house can be found in photographs (although these can be difficult to find of individual houses) and old estate agent sales particulars. Additionally, newspapers can offer some fascinating insights, recording advertisements, as well as personal information such as announcements of births, marriages and deaths.

Finally, you may be fortunate to locate plans for your home. Some councils hold historic drainage applications, which can give fascinating drawings of early house plans, as well as drawings to accompany planning applications. Especially if you are restoring your home, these can give fantastic details about former layouts and changes.

This is a quick overview of the key sources involved in house histories, and depending on the location and age of your home you may find yourself looking at additional sources, but once you get started the pieces of the puzzle will start to come together. You will soon have a fascinating insight into the history of your home. 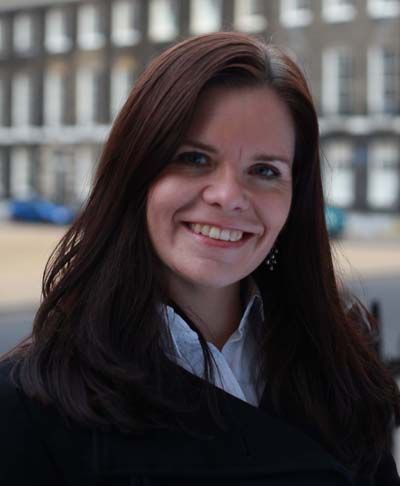 Melanie Backe-Hansen is an historian, author, and speaker, who specialises in researching the history of houses, streets, and areas throughout the United Kingdom. Melanie’s second book, Historic Streets and Squares: The Secrets on Your Doorstep, published in November 2013 and her first book, House Histories: The Secrets Behind Your Front Door, published in 2011. She is a frequent contributor of articles and expert comments in the national media and is also a regular speaker on the history of houses. She can be found on twitter as @househistorian and is available for house history commissions. www.house-historian.co.uk

I really like your site! Nice historial stories to read along the way & viewing antique products! well done!