Skip to content - Where to admire Victorian architecture on your travels

Victorian architecture is a beautiful feature of many streets in the towns and cities of the UK. But did you know that as a result of the expnsion of the British Empire, other countries have a wealth of Victorian homes and buildings too? Here are some locations picked from around the world so that you can admire these beautiful buildings on your travels.

Where did the British empire expand to?

During the 18th century, a few English architects emigrated to the colonies, but as the British Empire became more established during the 19th century, many architects emigrated once they were qualified, travelling to work in the United States, Canada, Australia, and New Zealand. Usually, they designed new buildings using architectural styles that they had admired when they left England. However, later in the century, improving transport and communications meant that far flung corners of the Empire received publications such as 'The Builder' magazine, keeping colonial architects abreast of current architectural and interior design fashions and innovations. Therefore, the influence of Georgian and Victorian architectural styles spread across the world.

How to identify Victorian architecture on your travels 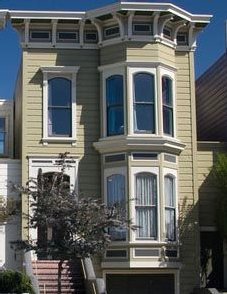 Key Elements of Victorian style homes abroad tend to be:

The US has a great breadth and number of Victorian style houses which feature many beautiful features and are really affordable even in really desirable areas. Notable examples are: 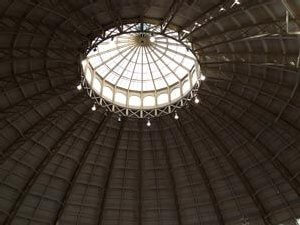 Boston also possesses a number of domestic buildings in the quaint and picturesque Queen Anne style with turrets and porches in unexpected places. Decorative details such as bay windows, balconies, stained glass, corbels and patterned shingles can also be found. You might want to visit Mount Vernon Street (130 and 137) for inspiration.

Another style much used in Boston is the Early Gothic Revival style using gothic motifs, such as steep gables, pointed arches, carved bargeboards, and crenellations. These are used to embellish picturesque structures with literary and historical associations. Examples are: Warren House, 130 Warrent St., Roxbury.

New Orleans – The French Quarter and St Charles avenue, are famous for their wealth of Victorian style homes. St. Charles Avenue is well known for its large collection of Southern mansions in many architectural styles but particularly mansions built in the Victorian era style such as Italianate and Queen Anne.

Detriot is proud of its Randolph Street Historic District which contains some of the city's oldest surviving commercial buildings and there are Victorian Churches existing throughout the area. For impressive mansions, go to The Woodward East Historic District located on Alfred, Edmund, and Watson Streets, from Brush Street to John R. Street Woodward East. These are particularly known for the high Victorian style residences constructed for Detroit's wealthiest citizens. 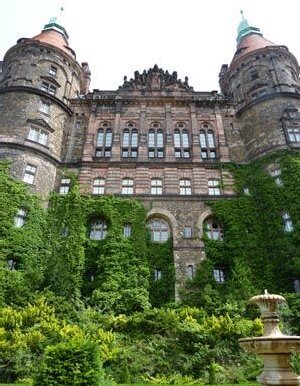 In Melbourne, the upper class suburbs like Toorak South Yarra, Malvern and various other eastern suburbs which grew during Melbourne's gold rush era, feature remnants of the prosperous past and have a wealth of Victorian architecture. In the city, you'll notice large and beautiful public buildings along the main roads of Collins and Bourke streets with banks, offices and clubs featuring architectural styles of grand villas and palaces.

Here are a small selection of Victorian mansions which enhance Adelaide’s streets:

Some of the interesting buildings of the colonial period include the Hill Club - a 130-year-old granite mansion resembling a mini Victorian castle; St. Andrew’s Hotel housed in a stately Tudor-style colonial mansion built in the latter part of the 19th century; and the Grand Hotel - once the residence of Sir Edward Barnes, a British Governor of Sri Lanka. You can also visit mansions in Nuwara Eliya’s which have been converted into characterful hotels.

Mumbai is truly breathtaking and largely Victorian in its architecural style - grand in all it’s various shapes and forms with a strong British colonial influence. Despite this, it is obvious that there have been many other strong influences on the designs as evidenced by the German gables, Dutch roofs, Swiss timbering, Romance arches and Tudor casements that can be seen side by side with traditional Indian features. A must see is The Rajabai Tower modelled on Big Ben.

If you're planning a trip away, be sure to look out for any other Victorian architecture we may have missed. We'd be delighted if you'd share it with us!