Glazed bricks have been used widely in both historical and contemporary building projects and can add a certain uniqueness when incorporated into a period restoration. There are many places where it would be inappropriate to use glazed bricks but here is a short guide about how glazed bricks could be used to enhance the interior or exterior of your home along with some accompanying images.

Where are glazed bricks used?

Here are some examples of how glazed bricks have been used in public areas of old buildings. Glazed bricks are a good choice as they are easy to clean and maintain and make it simple to remove graffiti as well as dirt. The glazed bricks can either lift the interior and fill it with light as in the example of the hallway, or make the interior seem dingy and dirty, as per the stairwell image. 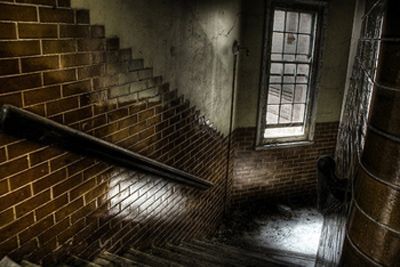 Glazed bricks can be used inside your house to create features in a kitchen, bathroom, around a fireplace - you are only limited by your imagination. They can create a stunning dividing wall or sectioned off area, form the basis of a window seat, be used instead of tiles on a fireplace. They can also be used outside to form garden seating, garden planters and garden walls. 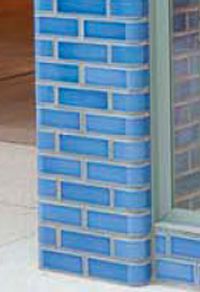 In these images, the blue glazed brick column illustrates how these bricks can be used commercially and externally but they can also be applied to interiors as shown below with the green island design with downlighting, and the red brick column. Use bullnose bricks to achieve the rounded corners. 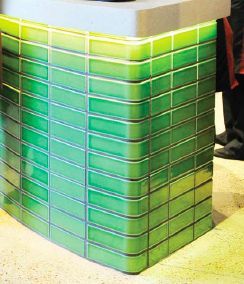 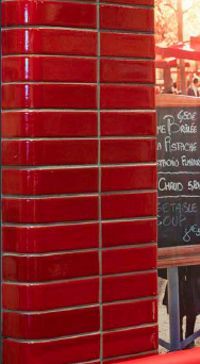 The Victorian Emporium sells glazed bricks in a choice of 7 colours and as Stretcher, Stretcher and Header, Bullnose and Double Bullnose shapes.