a sideboard with shelves above for storing and displaying plates and kitchen utensils. 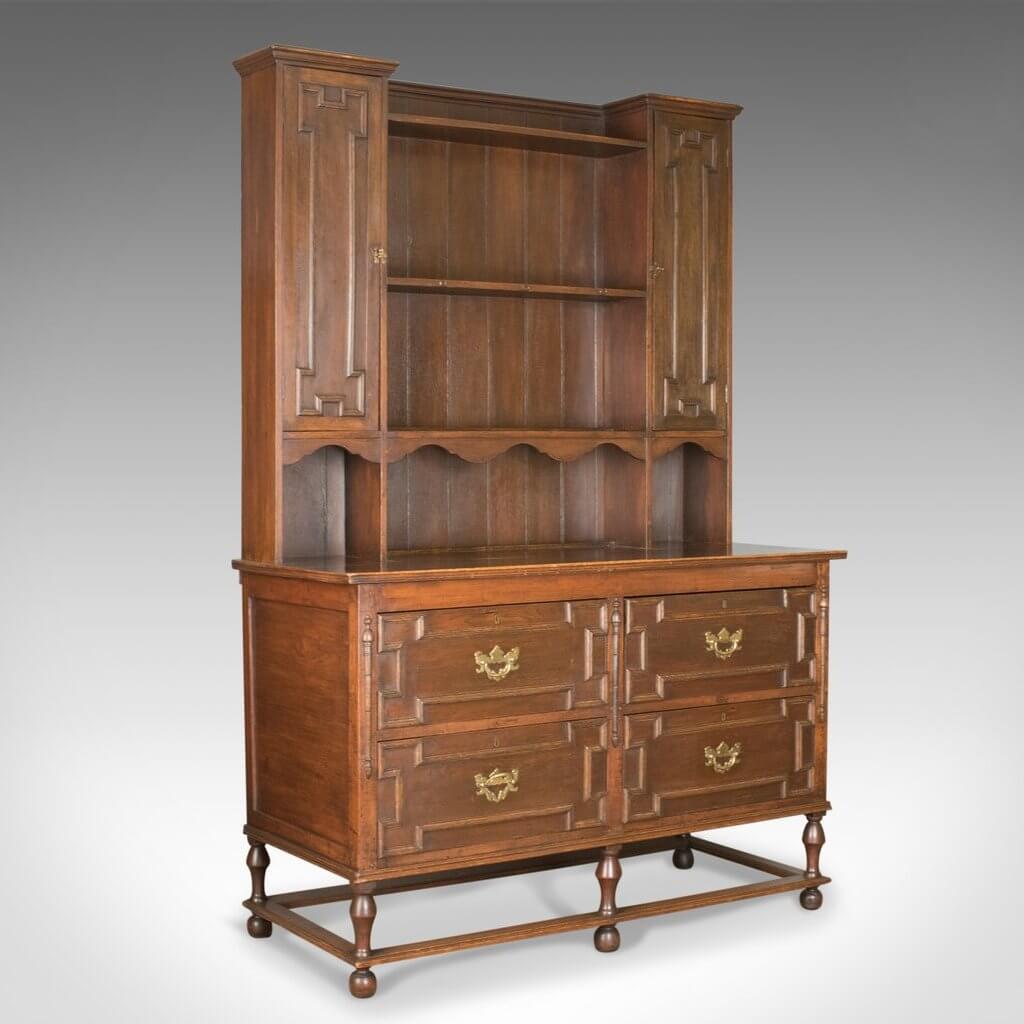 What is the meaning of the word Dresser?

Firstly a point of clarification; a dresser means two different things depending on whether you are one side of the Atlantic or the other. In America, a dresser is an object in the bedroom that you use to store clothes for dressing, known as a bedroom dresser. In the UK this is called a Chest of Drawers. A British Dresser however is a piece of furniture that belongs in a dining room and is used to store plates and eating utensils that are themselves used to dress the dining room table. In America, our Victorian Dresser would be called a China Hutch. 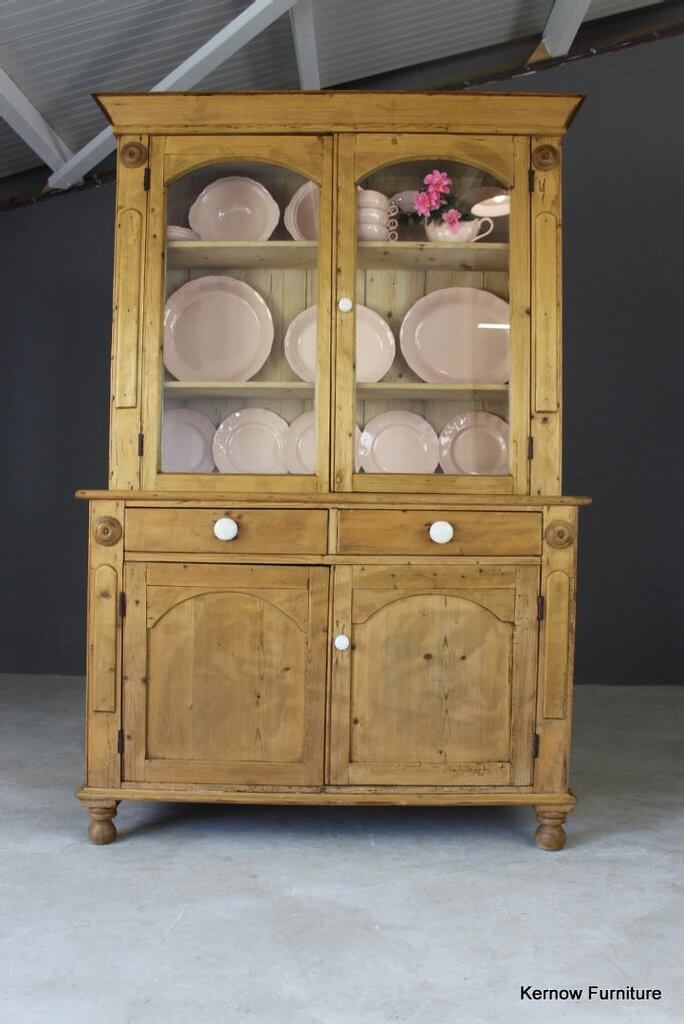 This definition and distinction is very important as we are going to be talking about the typical dresser in a Victorian living room and do not want to confuse our American readers. The origin of the word Dresser comes from the French Dresser, which means to prepare, as in, to dress, the table.

A Victorian Dresser is a very attractive piece of furniture, which would have been found in every Victorian house in the era. A dresser was typically made from a wood such as oak or pine, and stained and waxed to a brilliant sheen. The dresser typically had ornate carved legs, two, three or four drawers and then a number of shelves, usually two or three. Often they had hooks on which china cups were hung. As is typical in the Victorian period, dressers were very practical handy objects and also very attractive as the Victorians loved to show off their wealth and good taste to their visitors. As they are used to store decorative plates and dining items, the better in quality these are, the more this adds to how impressive this object can look.

The family’s best chinawear was usually stored facing out on the shelves, whilst other items for dining such as cutlery was housed in the drawers. Note that any everyday or slightly scruffy chinawear would not be kept on display but typically would be hidden in kitchen cupboards or on a shelf. Often the best crockery that was kept on the dresser was used very rarely, only on really special occasions such as Christmas or for entertaining very important guests. 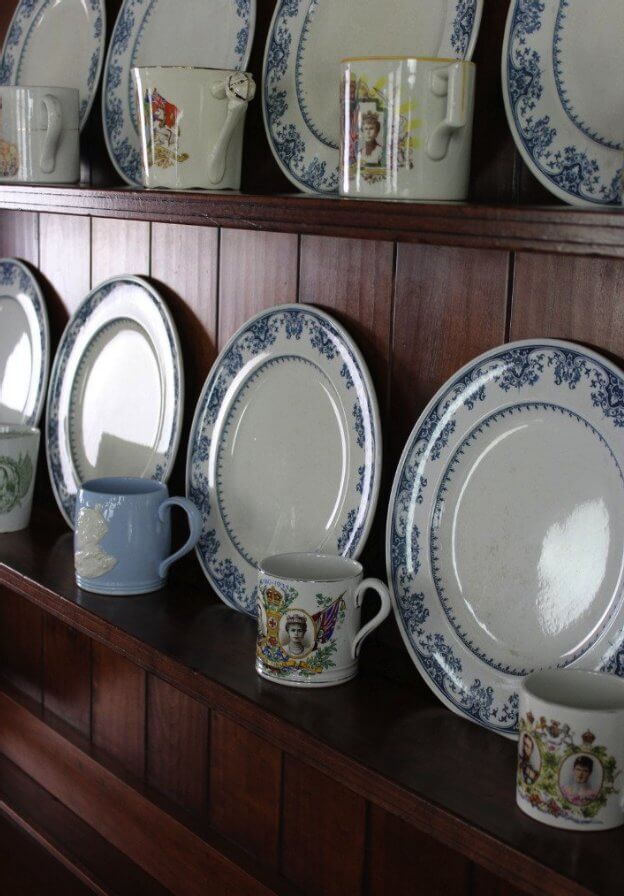 The idea of the dresser was invented long before the Victorian era, and this piece of furniture was common as early as the Jacobean period. The earlier dressers were shorter in height than the Victorian versions as they were typically in rooms with lower ceilings than in the Victorian era where ceilings were often 3 metres high. 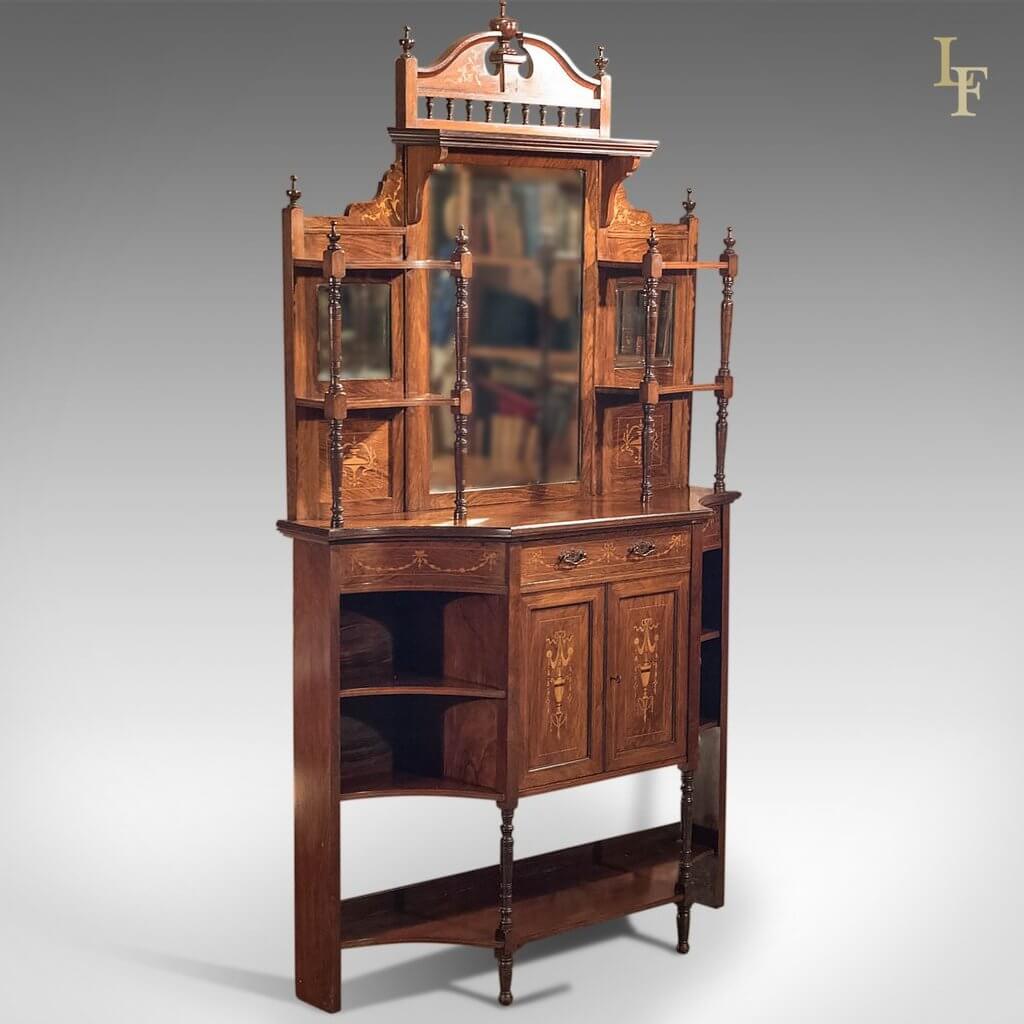 In fact many Victorian dressers are copies of dresser designs from earlier periods. Many of the more simple but slightly earlier designs had decorations added in the Victorian period to make them look more ornate and thus more expensive, a typical Victorian cheat. The quality of Victorian dressers when compared to more modern dressers is usually outstanding. They utilised solid woods of good quality that had been sourced from the finest trees through the world, such as mahogany.

Nowadays people often modernize the less valuable and desirable Victorian pine dressers by painting them in a shabby chic style with a light coloured paint, or by painting them in a dramatic dark colour to fit with other decoration in the dining room. This can be really effective for an otherwise unwanted piece of furniture.