Skip to content - How to create a Victorian rockery

During the Victorian era, fashionable gardeners created a wide range of artificial landscapes from rock gardens and ferneries to elaborate water gardens. A Victorian rockery embodied their passion for travel, plant collecting and gardening. It brought together many elements of Victorian interests and passions such as garden design, landscaping, botany, geology and innovation in materials and techniques. As rockeries becomes increasingly ubiquitous in the modern day garden, people are looking to back to the origins for rockery ideas.

Victorian rock gardens tended to be made of both artificial and natural rocks, the artificial type commonly being Pulhamite, a render used to make masonry or structures imitate natural rock when the transportation and cost of using larger natural rocks to build the structure would have been cost prohibitive. Rockeries were created for plants that would not do well elsewhere in the garden - as a specialised habitat for alpine and rock plants with rock gardens imitating nature.

This growing passion for gardening during the 1800s created an expanding market in garden design, plants, seeds and tools. Newly-discovered plants from the world’s mountainous areas were being imported and cultivated on a commercial scale and by the 1830s rock plants had become a major branch of horticulture, with rock gardens built especially for their display. Although at first only ferns were grown on the rocks, with neighbouring sheltered beds used for alpine plants, from the 1860s alpines were also cultivated in pockets on the rocks. The design and structure of rock gardens was variable, however they were usually designed to be picturesque, rugged and naturalistic. More formal displays of alpine and rock plants were kept in flower gardens.

In the 1830s, many rock gardens used imported natural rock but this was costly and difficult to transport due to the weight and bulk. Innovators sought to use artificial materials because they allowed the construction of large scale rockwork at a much lower cost leaving more money to be spent on the plants for the displays. Several different companies began using cements for rockwork in the 1840s.These artificial rockwork structures used rejected products from brick kilns or cheap stone for their structure, then covered with cement formed into a rockery design to imitate nature. Painting was often used to finish the cement so that colour variations could be seen to more convincingly imitate natural rock and make rock gardens more authentic looking.

What sort of stone should you select for your rockery?

If you wish to create a Victorian-style rockery, the choice of rocks is up to you. However if you source local rock and stone, this is more likely to cost you less and will look in keeping with the surroundings and it is easier to go and choose the most suitable pieces from the landscape merchant. Buying salvaged or second-hand natural stone will save you money. Sandstone is suitable and widely available, that is not too alkaline or too hard and dense for your plants. You need to choose stone in a range of sizes so as to construct a natural looking outcrop. 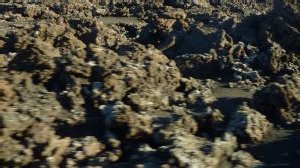 Rock gardens tend to include a variety alpine plants and ferns planted amongst ledges and fissures. A prominent Victorian rockery designer advised using: “hardy plants, shrubs, conifers and flowers, having either beautiful foliage, colour, or variegation – all hardy and suitable to grow on, or about, or between the rocks …the shrubs being chiefly the dwarf kinds … also, of Alpine flowers, chiefly such as are attractive, or have variegated foliage, and bloom in the autumn or winter months. 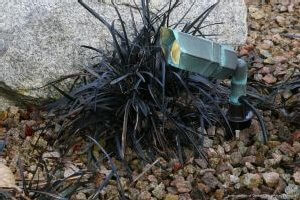 Imagine a broad rocky ledge, with a variegated Periwinkle, Cotoneaster, Juniper, or other trailers, drooping over the rocky brow, and some of the numerous evergreen or variegated climbers growing up the face of the rock, with golden and other Hollies or Shrubs; also, now and then, a small Weeping Birch, &c, which are all beautiful in mid-winter … .”

What kind of lighting is suitable for a rockery?

A rockery can be enjoyed in daylight and at nighttime by using a variety of lighting to illuminate it. Pedestal lanterns can be used around and in the rockery with the rocks providing a perfect solution for hiding wiring. Exterior wall lights can be used where the rockery is close to your house and can look beautiful flanking either side of the rockery.

Where can I find out more about Rockeries?

Rock gardens and rock gardening remain very popular. The Alpine Garden Society was founded in 1929 with the aim of promoting an interest in all aspects of alpine plants, their cultivation in rock gardens and their conservation in their natural habitats. It is one of the largest specialist garden societies in the world.

Numerals in Roman Typeface - House Numbering for Outside Doors and Gates
£15.71 (+TAX)