In England there are approximately 376,099 listed buildings. There are many positive reasons to buy a listed building, but there are also some elements that you need to be aware of before you sign on the dotted line.

Ask anyone that lives in a listed building whether they would recommend it and overwhelmingly they will reply in the affirmative. Living in an historic house makes you feel special as you are the custodian of a building that has been recognised as of special historic interest and which needs to be protected. It’s like having your own personal National Trust property. 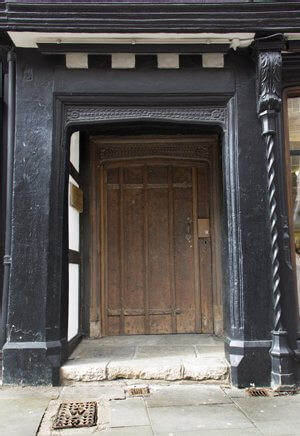 This is manifested in the price of listed houses for sale. If a building is old and of historic interest it’s likely to be the sort of house that people fall in love with and for which they’ll pay a premium and is most likely listed. Many listed buildings that go on the market achieve their guide price within days if not hours and often go to sealed bids with many parties eager to pay a premium.

However many people fall in love with the idea of owning a neglected listed building and may not think through what it means in reality. 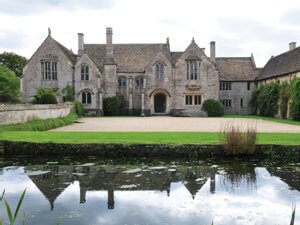 Why are buildings listed and what does it mean?

Historic England says: “It marks and celebrates a building's special architectural and historic interest, and also brings it under the consideration of the planning system so that some thought will be taken about its future.

Listing is not a preservation order, preventing change. It does not freeze a building in time, it simply means that listed building consent must be applied for in order to make any changes to that building which might affect its special interest.

Listed buildings are to be enjoyed and used, like any other building. Listed buildings can be altered, extended and sometimes even demolished within government planning guidance. The local authority uses listed building consent to make decisions that balance the site's historic significance against other issues, such as its function, condition or viability.”

Like many older houses, there are a number of listed properties that have fallen into disrepair and may well need renovating in order to bring them up to the standard of comfort that we have come to expect. This level of comfort can be hard to achieve in a building that is listed because of the fact that due to the buildings status, many kinds of changes may not be allowed. These changes could include traditional damp proofing, insulating the building and installing double glazed windows. Add to this the fact that the whole of a building is listed – the exterior and interior, together with any outbuildings, walls or other curtilage structures built before 1st July 1948 within the grounds of the building. This may further complicate any plans for improvements, extensions or changes to even the grounds and outbuildings of a listed building. 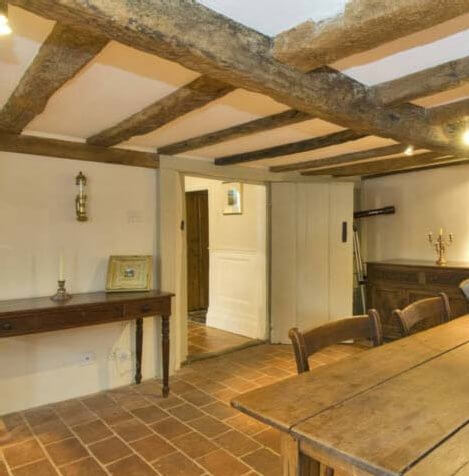 How can you make changes to a listed building?

When you are planning to make changes to a listed building, you must consult with your local conservation officer who will be responsible for granting permission for these changes to your house. They will be able to advise you about what changes may or may not be permissible and advise you about how to seek out the relevant listed building consents for the work. If you are not granted consent for the changes you wish to make, or go ahead with the work before you receive any consents or ignore the rulings of the conservation officer, you are likely to be made to reinstate anything you have changed in your house and may also be issued with a financial penalty. Do not make the massive error that developers who owned a soon to be listed pub, the Carlton Tavern in London’s Maida Vale made recently, when they bulldozed the entire building without permission. They were subsequently ordered by the council to rebuild it brick by brick. See more here: http://www.telegraph.co.uk/news/earth/environment/11571257/Historic-pub-bulldozed-by-developers-must-be-rebuilt-brick-by-brick.html 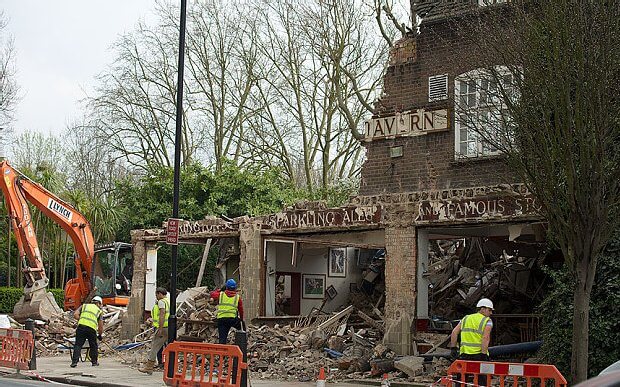 When you embark on a period property renovation project you will undoubtedly be eager to start work immediately. However, changes for which you need to seek listed building consent include even some minor changes if they affect the appearance of the building or its structure. These can include:

The irony about listings is that everything is listed in a building at the time of its listing, so for example in a Tudor timber framed house in Buckinghamshire listed in the 1960s, the patterned kitchen lino and kit 1960s brick fireplace formed part of the listing. However with some common sense and pragmatism on the part of the conservation officer, he gave permission for both of them to be removed. The original kitchen was tiled with reclaimed French 1800s terracotta floor tiles and a wonderful Tudor inglenook fireplace revealed behind the 1960s monstrosity, bringing the main reception room back to its former glory.

So buying a listed building can be both challenging and rewarding: it may involve additional research and paperwork in order for changes and improvements to be made. Any buyer must consider the cost of renovating a period property. But the hard work you put in will usually be rewarded in spades both in terms of enjoying the building yourself, and the subsequent resale value once the building has been modernised sympathetically.