The size of the garden of a Victorian house can really vary and tends to depend on what type of house you live in. In urban areas, most terraced and semi detached Victorian houses have a small strip of garden the width of the house but often really long with room for borders, a pathway, a seating area and a compost heap! On the other hand many city terraces may have just a small yard with space for a couple of chairs.

It’s only in suburban and rural areas where in the Victorian period there was less pressure on land and where houses had larger gardens, often with a high wall, hedging or set of railings to give privacy and delineate the house’s boundaries from it’s neighbours and the outside world. The desire for some proper outside space to relax, a small garden at the front and a more spacious garden at the back, was often the prompt for the middle classes to move to the suburbs from city centres from the 1850s onwards and the motivation behind the suburban building boom during this period.

Victorian gardens at the front

In a middle or upper class terrace if there was the room for any type of front garden at all, it was usually small with a wall or railings which enclosed it to create a measure of privacy and create a natural barrier to the outside world. Railings also acted as a safety feature on houses which had a steep set of stairs down to a basement accessed from the front of the house, especially in a time where street lighting was sparse and poor. During the earlier Victorian period, wrought iron railings were the material of choice as wrought iron could be fairly easily formed into beautiful designs. However iron was expensive and it was not until the price of it dropped from the 1820s that these designs became more substantial and less flimsy. Later on in the 1850s, mass produced cast iron railings became widely available and were embraced wholeheartedly by the architects, designers and builders of the new Victorian terraced streets. Cast iron railings were made up from vertical rails held in place at the top by a horizontal bar and at the bottom mounted onto a low wall. They usually had decorative finials and often featured attractive panel designs based around foliage. Gates were also installed to match these railings either hung on cast iron decorative gate posts or brick or stone piers, with the brick or stonework to match the house they fronted. 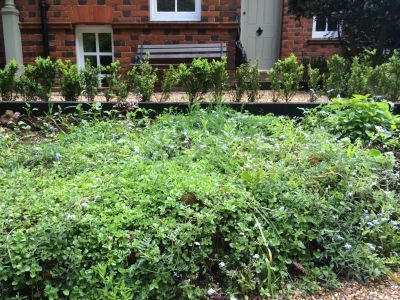 What type of railings and gates should Victorian gardens have?

Many railings were removed during the Second World War to salvage metal for the war effort for use in weapons production (although frustratingly it was later found that they weren’t suitable for this usage after all – all that destruction for nothing!). These types of railings and gates can easily be reinstated by finding either reclaimed gates and railings or reproductions of some of the original Victorian designs. The low wall that they stood on and the stone and brick piers might well remain and it’s just a matter of choosing a railing style and size suitable to use as a replacement. The reclamation yard option can be time consuming; chances are that even if a yard has suitable railings, these will need a lot of preparation work including sanding down, repairs and priming before they will be fit for purpose. They may have areas that have been worn and damaged beyond repair. Reproduction cast iron railings are on the other hand ready to install and are fairly easy to fit as they consist of a series of small panels which slot into each other to create a continuous run, with railing posts inserted at regular intervals. They may also have matching pedestrian gates available to purchase. These are made in a variety of different heights with half height or pedestrian railings suitable for a terraced house, or full height railings for a larger detached property. The preference is for these to be painted in black today, however in the Victorian era they would have been painted green, brown, dark red or blue to look more in keeping with the natural world. For some extra decadence once the railings are given a top coat in black, finials or details are sometimes picked out in a gold highlight. 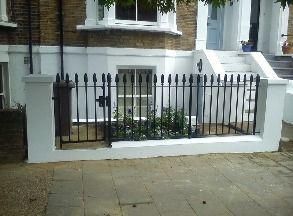 Larger gardens that extend all around a detached house will suit full height railings with a driveway gate that could be automated. If stone or brick gate piers are used, either for the driveway gates or the pedestrian gates, these can be complemented by Victorian style pedestal lanterns set onto the piers. If you are using cast iron gateposts to hang the driveway gates, cast iron lamp posts with copper or brass lanterns just inside the gates can create a grand entrance and fabulous illumination of the driveway. 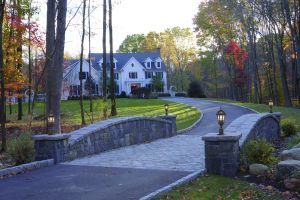 Victorian gardens at the back of the house

From the 1850s gardens grew in importance and popularity but as terraces were built up from ground level, back gardens required stairs down to the lawn from the house. During the early part of the Victorian era, well off householders loved to adorn their gardens in every way possible with statues, sundials, pots, benches and a conservatory or glasshouse where budget allowed. A typical garden layout included borders with spacious lawns and winding paths, more varied and grand in the larger gardens but replicated on a small and more modest scale in the more run of the mill gardens with a service area left free next to the house. The gardens of the middle classes did not tend to include vegetable plots in order to differentiate themselves from the more functional gardens of the lower classes where the Victorian kitchen garden was a major source of nutrition. 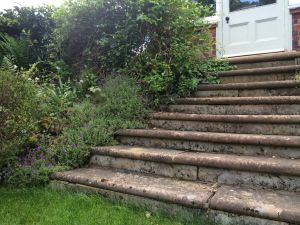 Many of the grander gardens featured Italian style terraces and balustrades with parterres. The Victorian era was a time when the wealthy loved to travel widely to other countries and continents and bring back unusual exotic plants to cultivate at home, usually starting them off in greenhouses to transplant later into their gardens. This taste for plant collecting and display encouraged the design of more formally styled gardens to act as an area from which to show off these novel species and the world knowledge of the owner.

Towards the end of the Victorian era, people fell back in love with a less formal garden layout and style and plants that were native species, seen in the more woodland type gardens with wilder areas today. 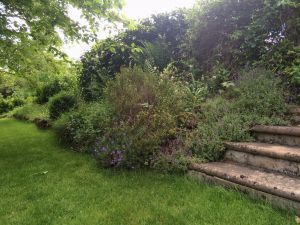 What plants should I use to create a Victorian garden?

To make your garden look like it’s truly Victorian, you’d want to feature these typical elements of Victorian gardens: 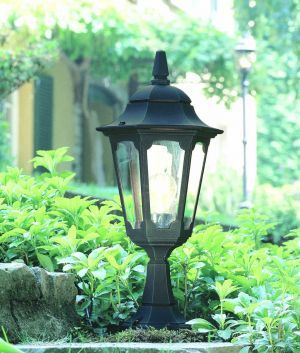 To allow your Victorian style gardens especially the flowerbeds and rockeries to be enjoyed and illuminated at night time, there are a variety of lighting methods that will enhance the Victorian feel of the garden. Low level lighting can be achieved using pedestal lanterns or short lamp posts at a similar level to the plants. This will make your garden a space you can enjoy at all times of the day or night.