The great Victorian economist and moral philosopher, Walter Bagehot is often credited with saying “The greatest pleasure in life is doing what other people say you cannot do”; in a sense, this simple quote embodies the Victorian era and the Victorian propensity of building magnificent houses and Victorian hotels. It was the era of Pax Brittanica; a period of economic and social growth unparalleled in history; a time of colonial expansion and increased trade; an age of exploration and of engineering marvels.

What inspired the Victorians to be so bold is as relevant today as it ever has been. The power of the Monarchy had given way to a parliament accountable to its people. A corrupt church lost influence in the face of greater enlightenment, and moral and legal philosophy. People power was the order of the day. People achieved what had been impossible in earlier times.

Given all this Victorian zeitgeist you could be forgiven for thinking that the Victorians only ever looked to the present and future but this would not be the whole truth. A quick glance at the architectural styles of the day and you will find neo-classical, neo-gothic, the Byzantine revival and many other revivalist idiosyncrasies. As much as anyone, the Victorians had an eye to the past, looking to the great historic feats of mankind and re-inventing what is remarkable about our history. It is hardly surprising that despite the upheavals of the time, Victorian Britain retains the power to charm.

Britain’s own historic buildings were in the front line for these romantic, revivalist architects and you can find many of them across the UK today serving as historic hotels.

What are some of the grandest Victorian hotels?

Many castles were bought back from ruin such as the wonderful Castle Hotel at Ruthin in North Wales. 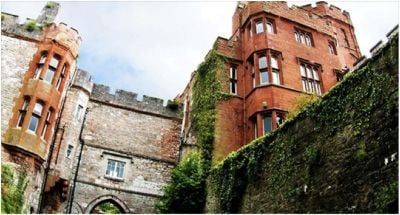 This Mediaeval masterpiece was revived by an aristocratic Welsh family who used their business wealth to fuse a new castellated house with the surviving ruins from the civil war. The new house, built in a late mediaeval style hosted aristocrats and Royalty from across the close knit European families of Victorian times. 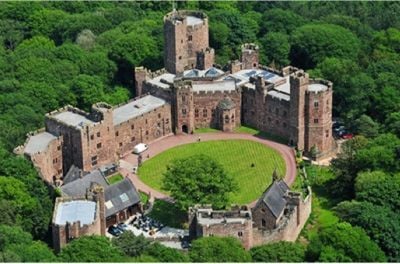 Peckforton Castle in Cheshire was the last fortified castle to be built in England and while it closely resembles the nearby mediaeval Beeston castle, it is unequivocally a neo-gothic mansion showing all the ambition and eccentricity that its proprietor John Tollemache manifested. 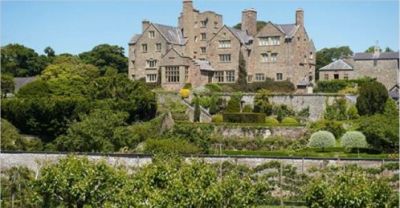 Many other period buildings took on Victorian additions such as the National Trust run Bodysgallen Hall near Snowdonia. The recurring theme with Victorian additions was to highlight the quirks and traits of earlier designs while removing the bothersome practicalities. 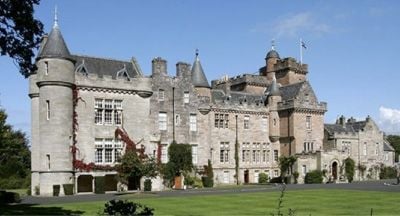 North of the border in Scotland, the Scottish baronial style gave rise to such castles as Blairquhan with its Masonic architecture, built by the Hunter-Blair family from their riches accumulated from innovative banking practises born from the Scottish enlightenment. Scottish architects such as David Bryce became some of the most renowned in the world from their buildings such as the incredible Glenapp Castle in Ayrshire.

In the 21st century, the hospitality industry contains a great many sterile, uninspiring hotels even within the high-end sector. Getting to know the history behind a hotel however, makes a stay so much more memorable. It could even inspire you to embody the Victorian spirit and start an adventure for yourself with your own Victorian renovation project.