A stately home is defined as a large and impressive house that is occupied or was formerly occupied by an aristocratic family. In this article, we’ll list the top 10 characteristics that give these amazing historic buildings their title. Owners of Victorian and period properties wishing to create a memorable and unique house can learn a lot from stately homes – there are a number of features that define these houses making them impressive and worthy of their aristocratic inhabitants. 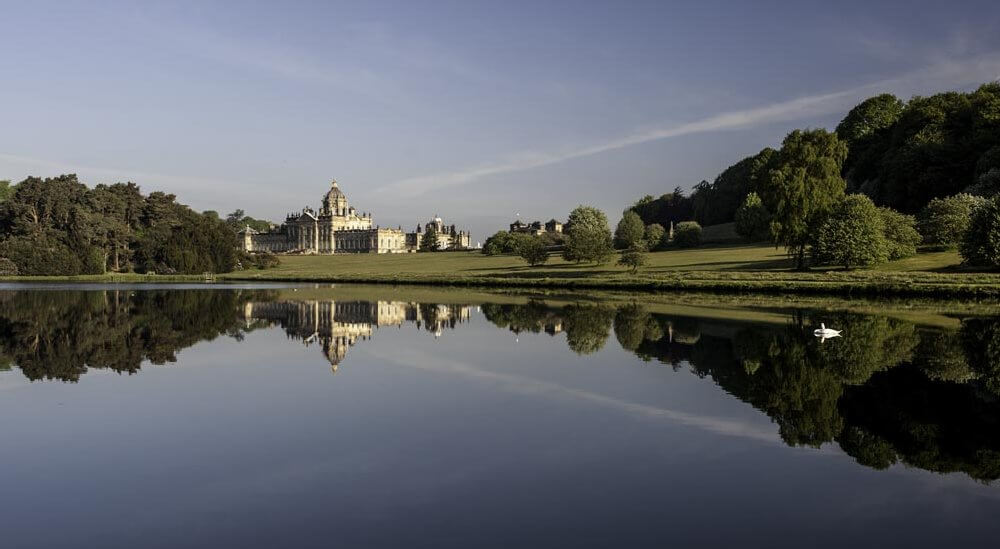 For this article, we have been generously provided with an amazing set of interior and exterior images from a number of well-loved and much-admired English and Scottish stately homes. These only serve to illustrate the wealth of historic properties that span the length and breadth of the UK - we’re going to let these speak for themselves as pictures truly say a thousand words. Hopefully these images will inspire you to get out and about to visit these impressive buildings and borrow some of their design ideas in your own renovation project.

What are the essential elements of a stately home?

Everything is large scale, from the driveway to the entrance hall to the height of the doors and the ceilings. Stately homes are all out to impress, intimidate and command. Many parts of the UK are awash with castles and stately homes, all within close proximity to one another; size was all about one-upmanship.

This contributes to why stately homes would have an impressive entrance. First impressions really do count and these houses typically have large gates opening onto long drives. Then cutting through beautifully and thoughtfully landscaped gardens that have developed and matured over decades, if not centuries. These are in part, created to inspire admiration and respect for the owners from any visitors on their approach to the main house.

This is illustrated by this impressive driveway leading to Hatfield House, perfectly symmetrical to match the house itself and flanked by hedges, shrubs and mature trees with a fountain, creating a centrepiece for the circular driveway. 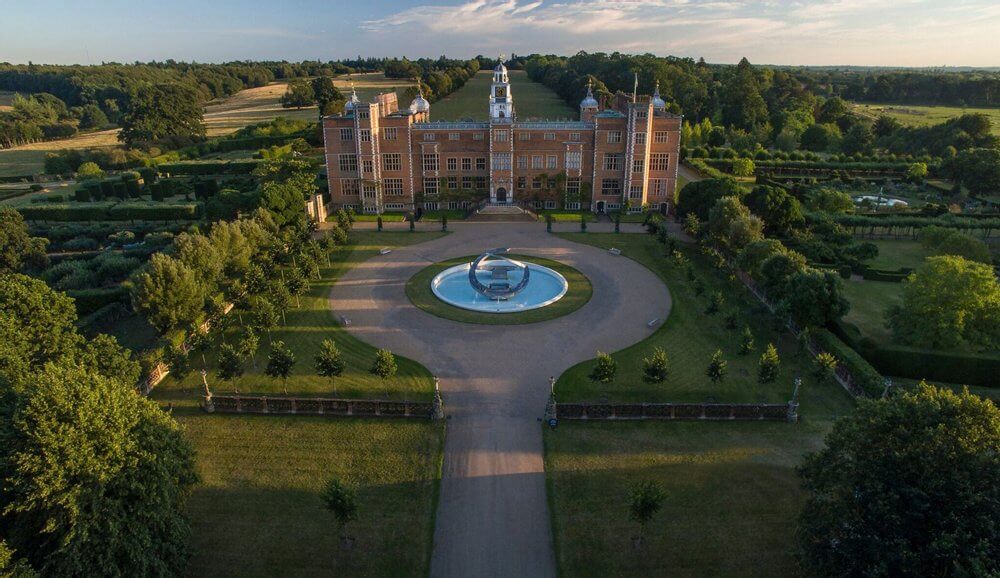 Most stately homes also have extensive grounds - often acres and acres of parkland for exercising your horse, and farmland for growing produce for the estate. Many no longer own all of their original acreage, the excess having been sold off to a neighbouring farmer.

Every surface had to be exquisite with intricate mouldings painstakingly decorated from the parquet floors to the hand painted wallpaper, to the panelling, ceiling mouldings, staircase balustrading and so on. Everything was about showing how much labour time one could afford. It was a display of one’s wealth and good (and in some cases bad) taste. The epitome of this was the baroque style adopted widely by many of the very rich from the early 17th until the mid-18th century as seen in Blenheim Palace, St Paul's Cathedral and Castle Howard. In the 18th century, many owners of these stately homes influenced the decoration of their piles after undertaking a grand tour and took much inspiration from design they had seen in Europe and The Far East.

As shown in these images, on almost every surface, there is an enormous amount of work that went into making them beautiful and unique. This is displayed in intricate ceiling plasterwork, beautifully carved and painted wooden mouldings, panelling, highly polished floors and carved stonework. 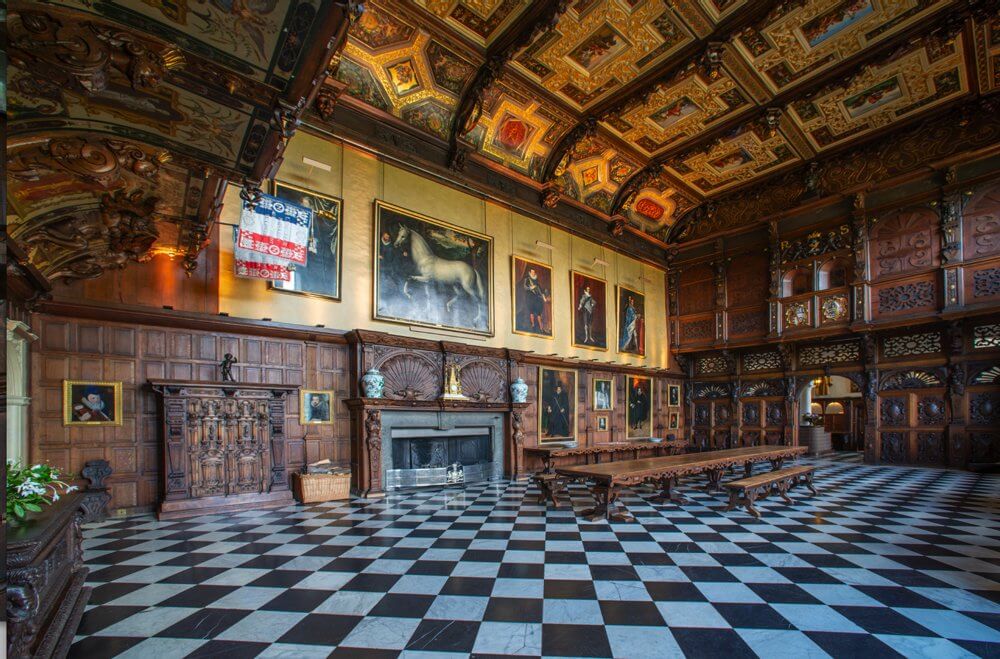 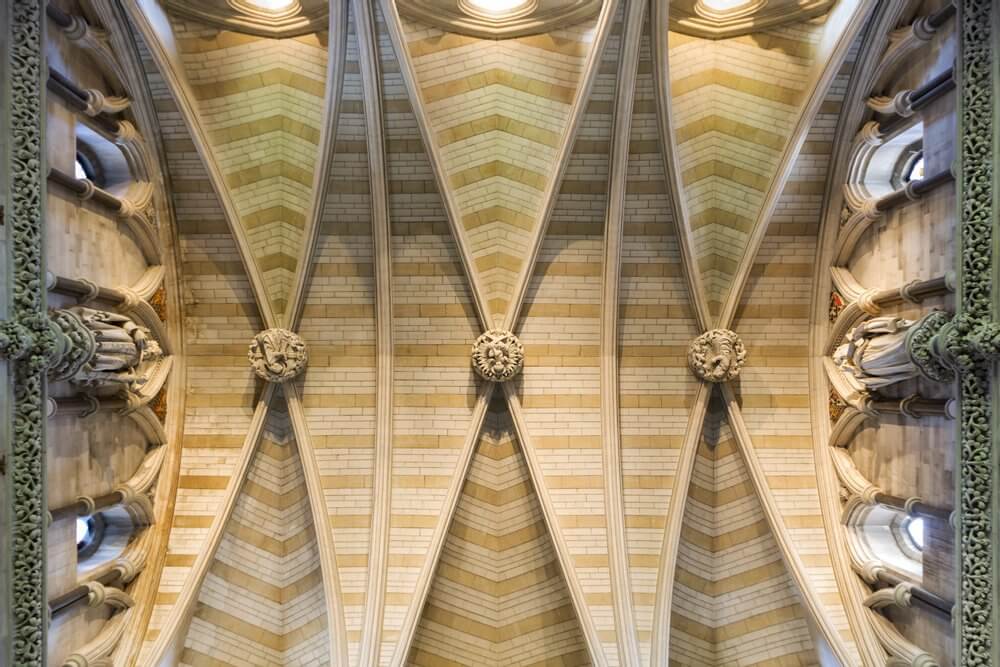 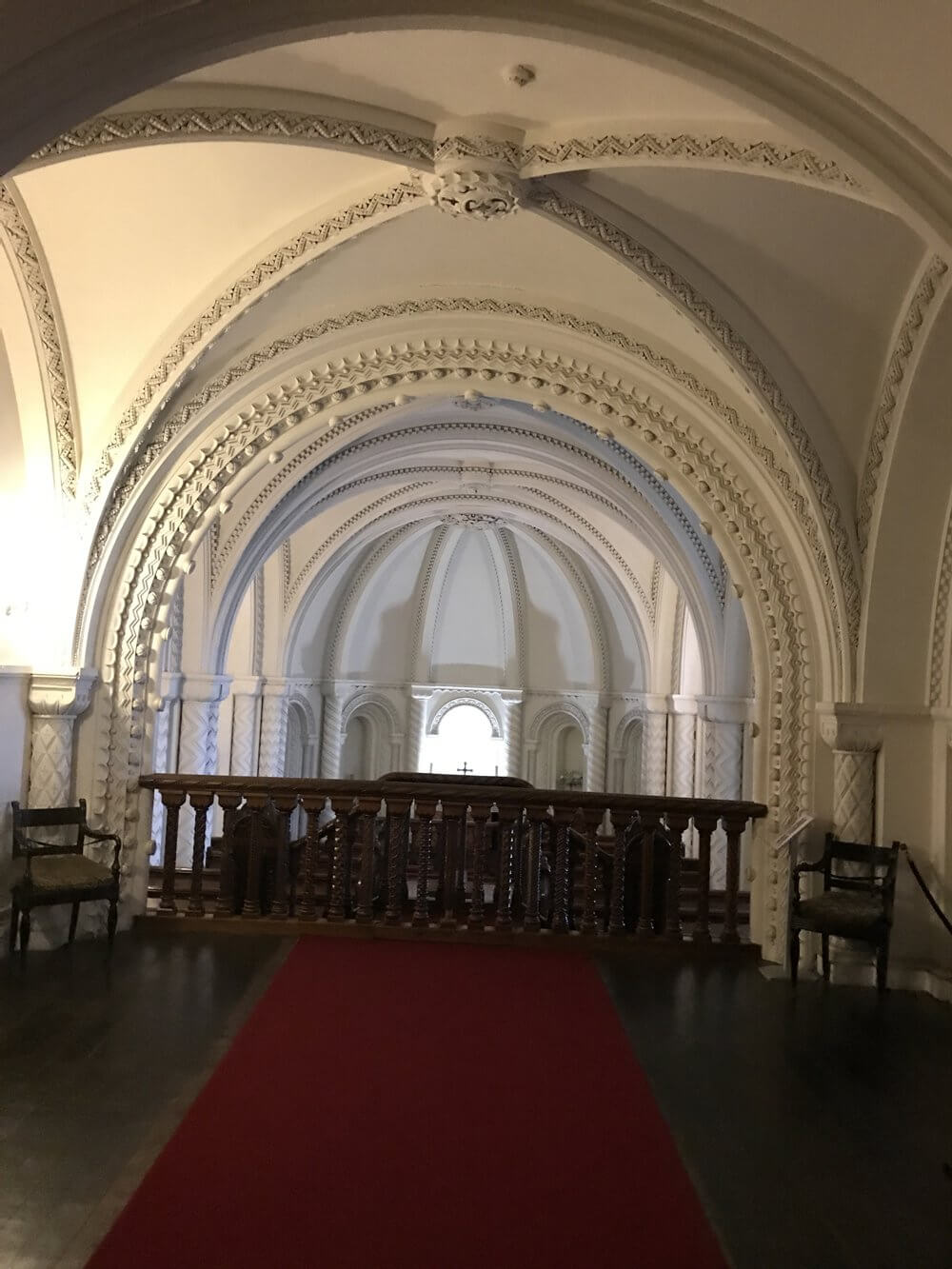 Stately homes would also have a wealth of highly decorative windows that have most likely been repaired on a regular basis but rarely fully replaced, many with extensive leadwork and stained glass. We can learn a lot from this in renovating our own period windows, where with good maintenance, they should last many decades and new windows should be commissioned only on a like for like basis. 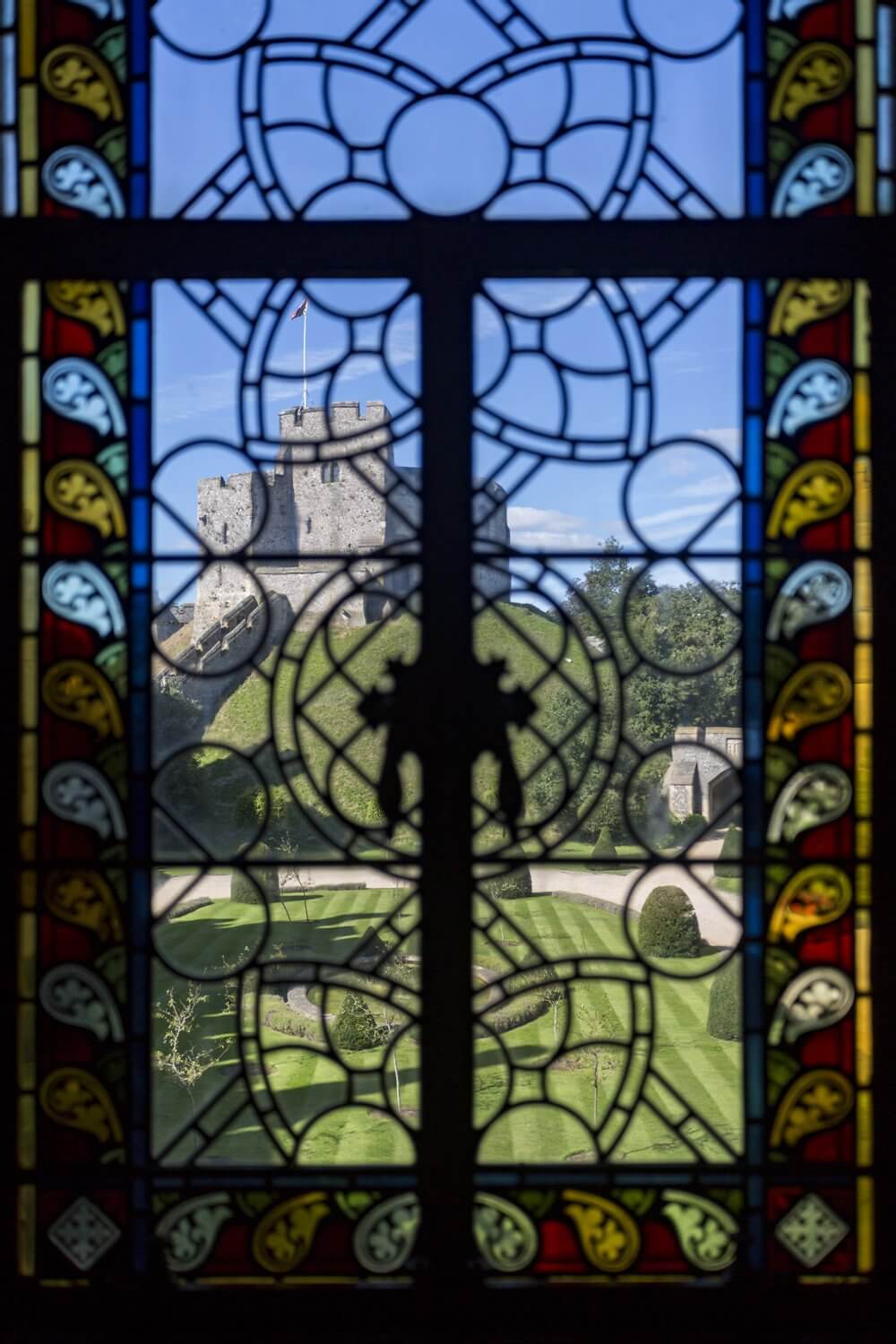 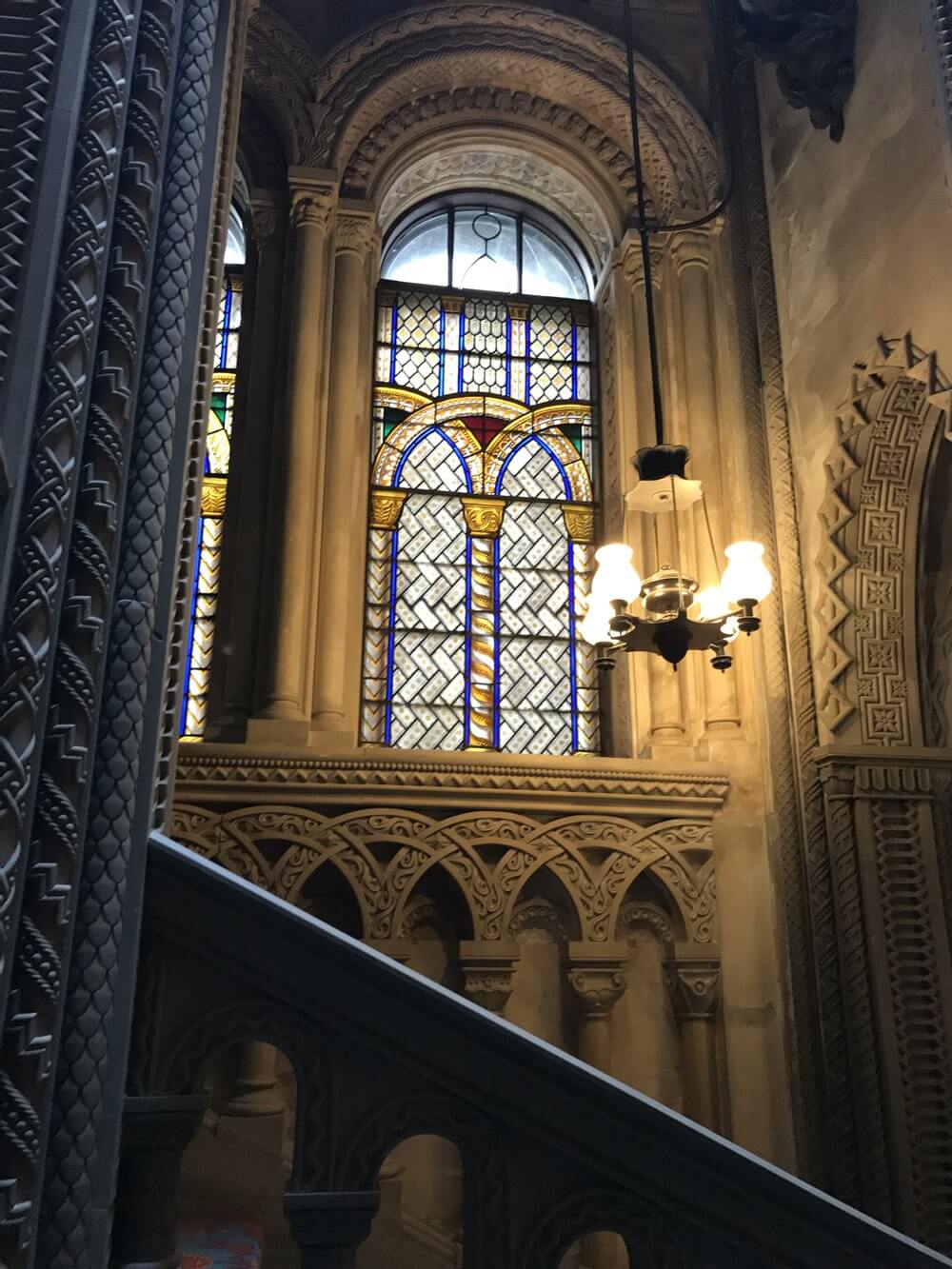 These vast estates were geared more to entertaining than to family life. Entertainment included country pursuits such as hunting, riding and fishing which all required extensive space in the form of parkland and equipment. Also required were rooms where the spoils of the hunt could be brought back, stabling for horses, gun rooms, boot rooms and more. 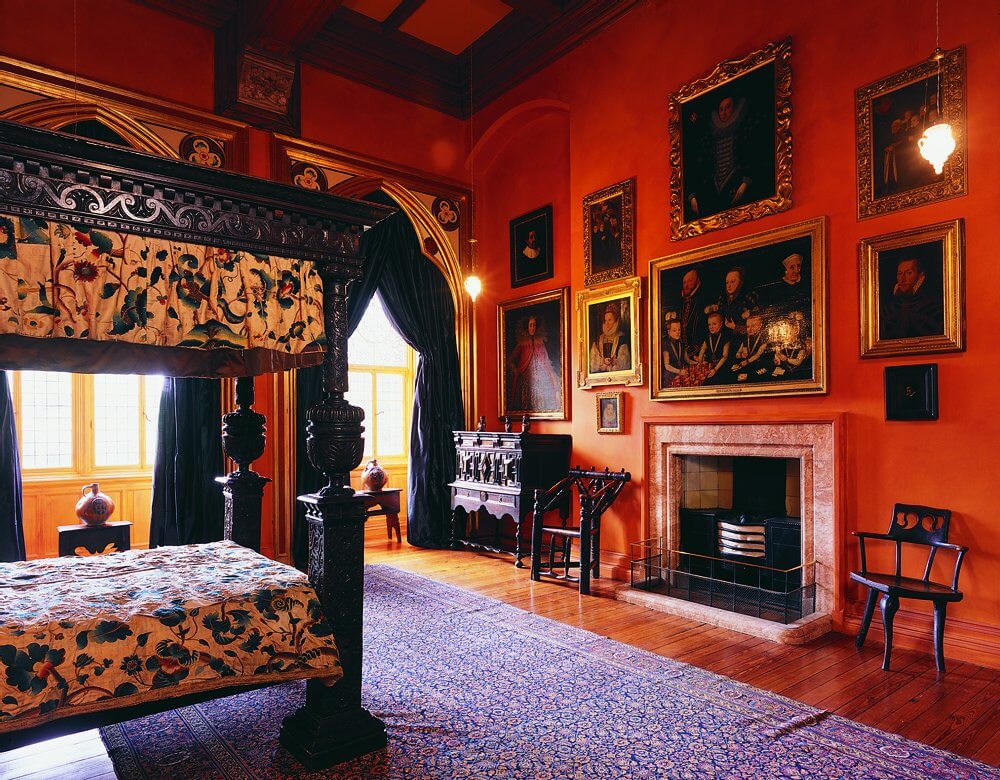 Indoor entertainment required large reception rooms, ball rooms, dining rooms and many bedrooms for guest to stay for weekends or longer.  All stately homes would have a selection of reception rooms however there would usually be one main Grand Hall. Here is a selection which perfectly illustrate the rules; enormous proportions, ridiculously high ceilings with intricate mouldings, sparse furnishings to allow for maximum guests, music and dancing, tall windows and ancestral images. 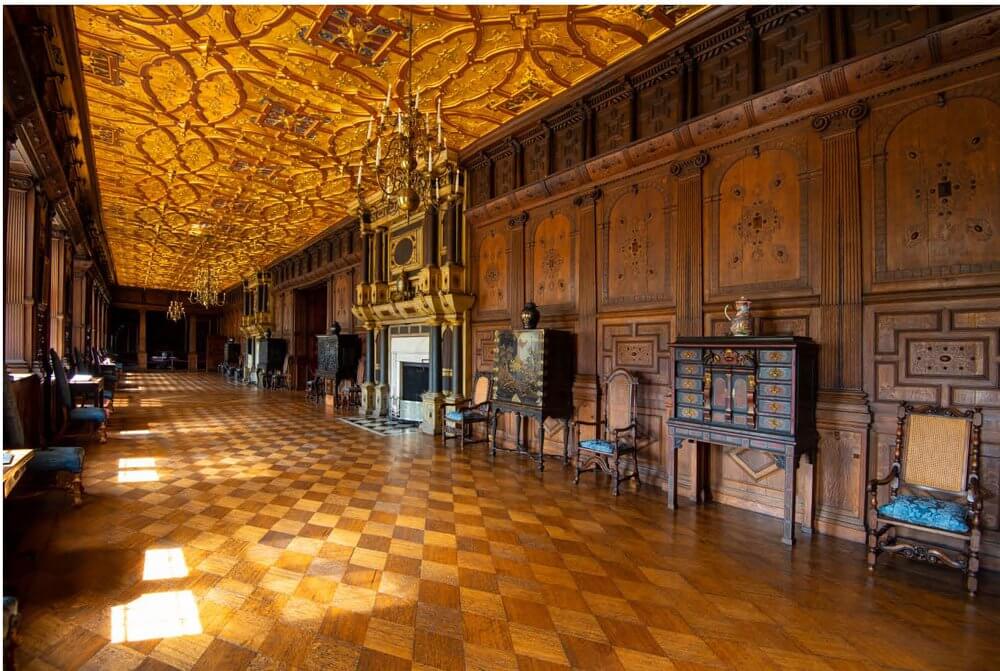 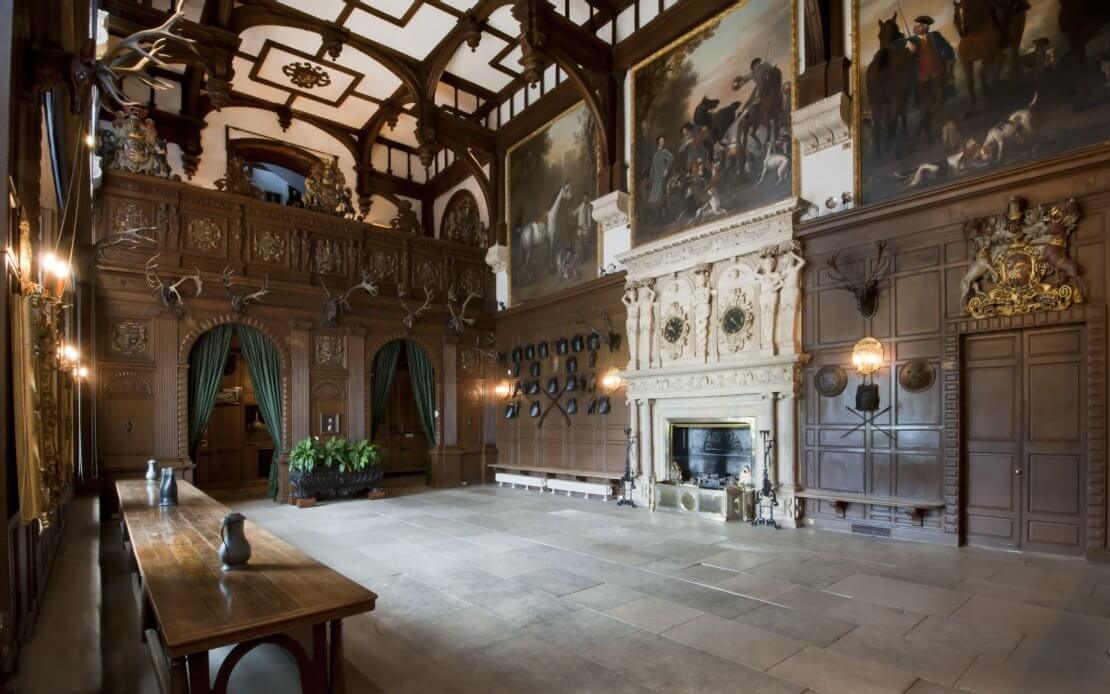 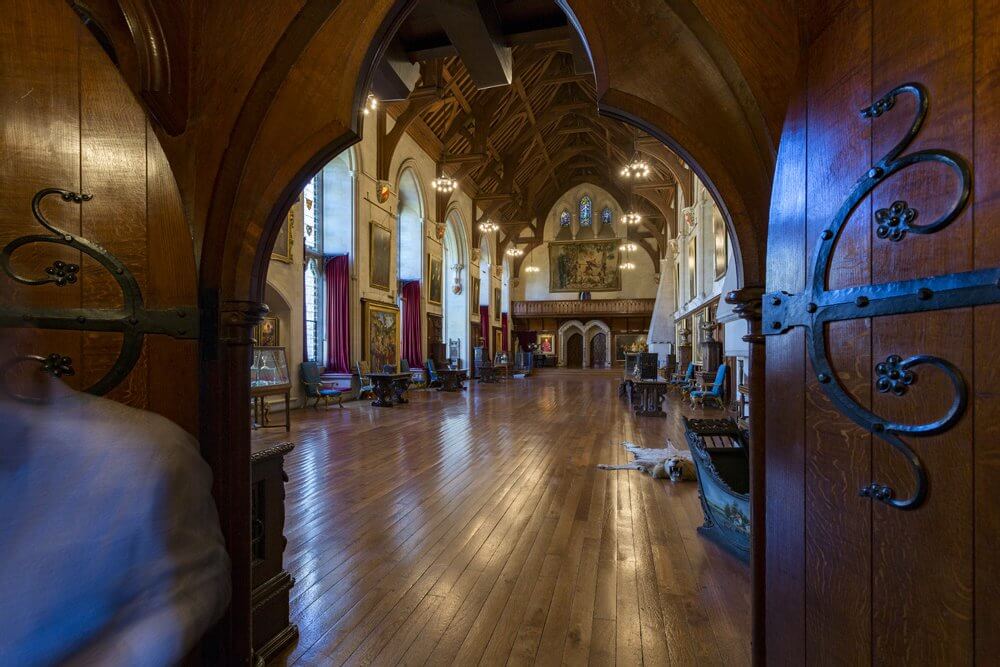 Of course, these guests needed to be fed and watered. This is why it was a necessity to have large kitchens for banquets to be prepared as well as servants’ quarters for the servants of the house to live and for the visiting servants to stay.

Many stately homes and their estates took so much looking after that they were communities in their own right with their own chapel, farmland and workers cottages for those staff not working within the house. This could be the gardeners, grooms, gamekeeper or estate manager.

The purpose of having formal gardens was so that the owners and their guests could take a tour in the fresh air. These included extensive, colourful and beautifully designed flowerbeds. Also, often lakes, mazes, fountains, parterres, sculptures and follies, all for the delight of the guests. 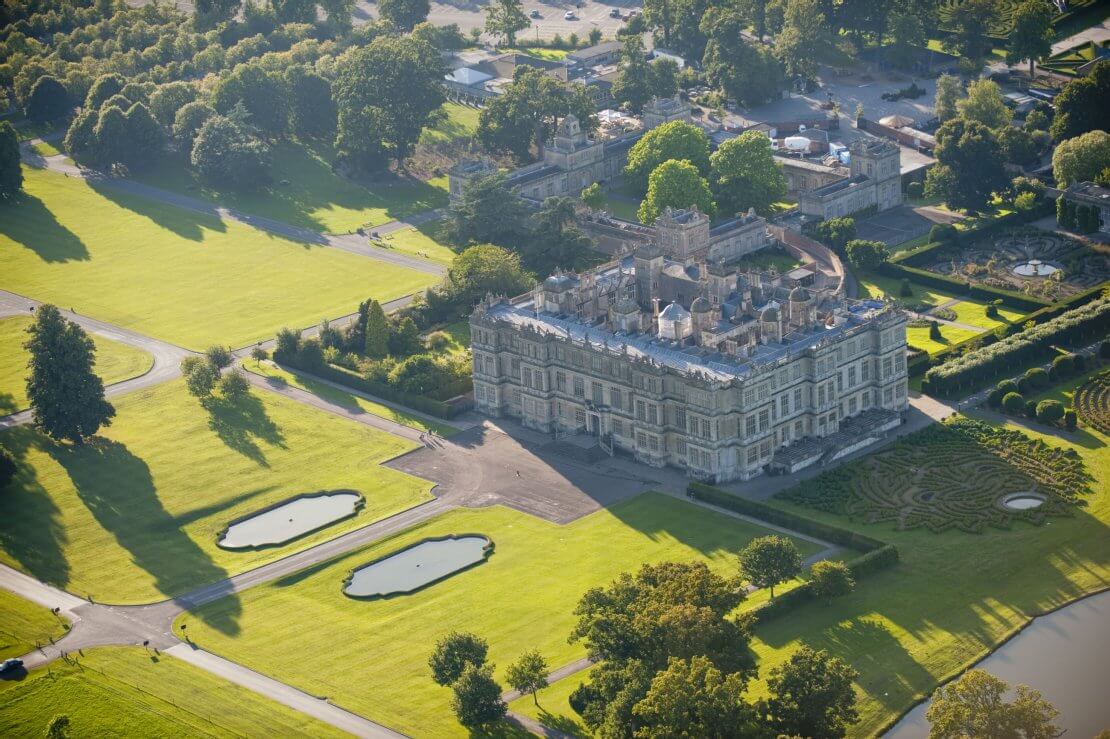 A grand staircase is a feature of most large historic properties and this one at Arundel Castle is typical of a staircase from this era with its decorative mouldings carved from stone and its ancestral portraits running up the side of the staircase. Stone mouldings will last for centuries and are less prone to the ravages of time than wood or plaster. 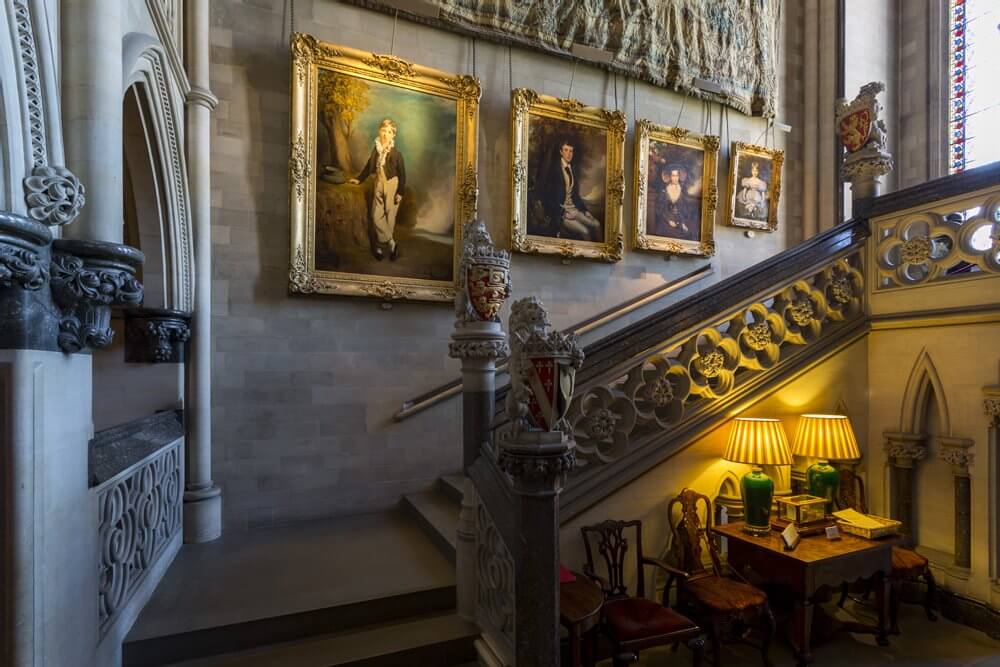 The entrance hall and staircase at Somerleyton House is an altogether more modern affair with its richly coloured wooden mouldings, decorative ceiling plasterwork, carpet and antiques. This is more the type of design that period homeowners might look to recreate in their own houses. Both these staircases would provide the perfect backdrop for a grand entrance at a party by the current owners of the property. 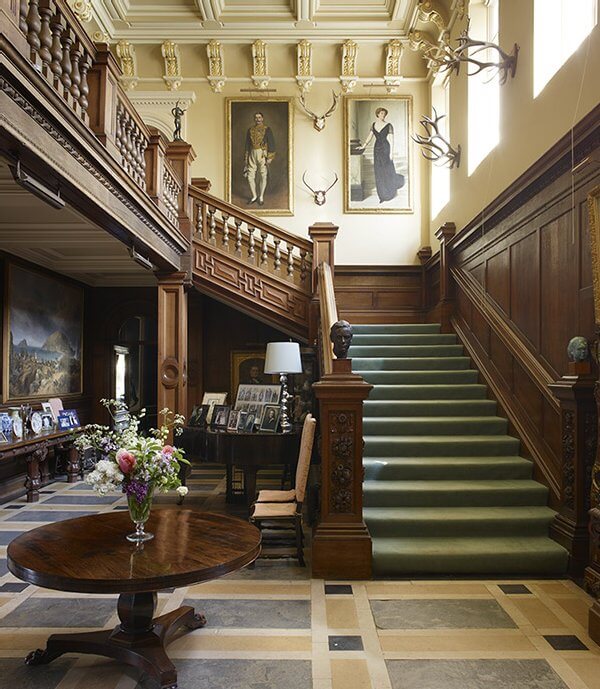 These are large old draughty houses where until the last 100 years, the only means of heating was an open fire. Therefore, it’s not surprising that these properties boasted enormous fireplaces placed in most rooms along with decorative chimneys. However, what is surprising is that these are usually extremely decorative involving much workmanship and which are beautiful to look at. 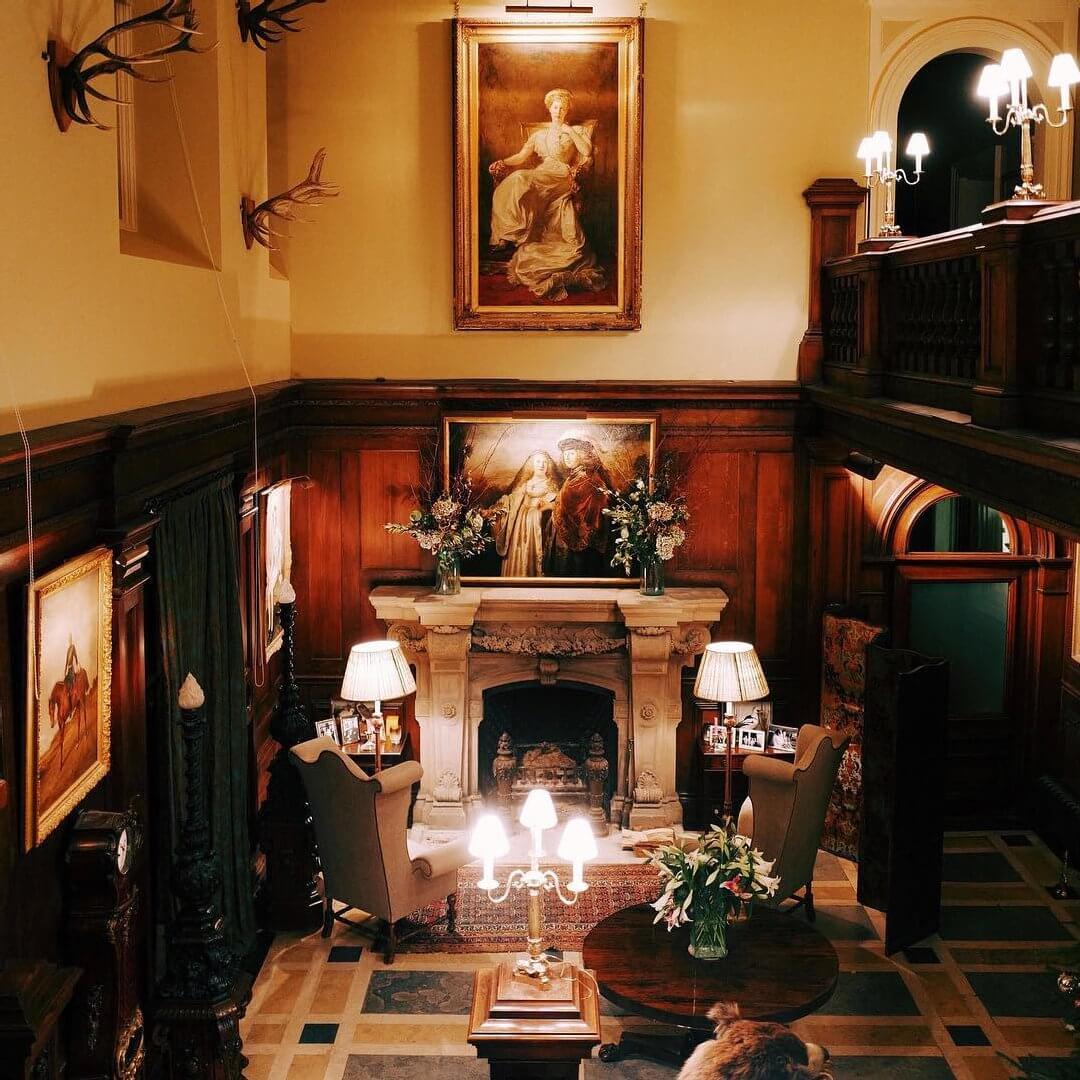 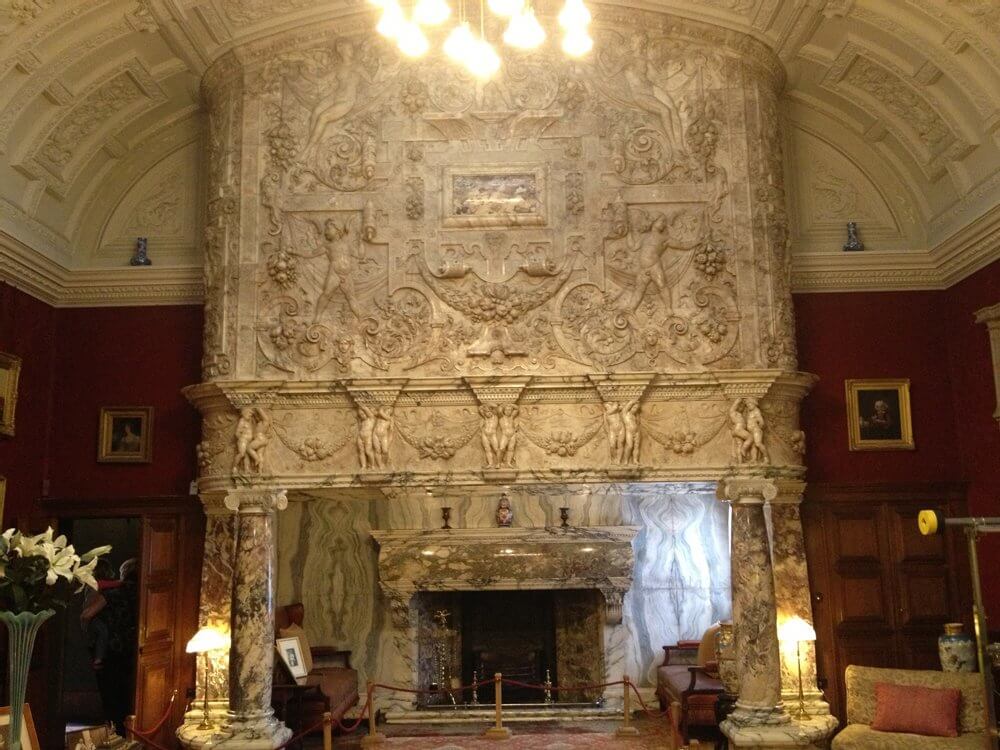 In the days before televisions and other forms of modern entertainment existed, it’s not surprising that books and reading were so important that they demanded their own space. Obviously, these historic libraries look beautiful with their antique books with leather and gold leaf covers on wooden shelves, antique tables, chairs and sideboards completing the look. A room like this would be ruined by a collection of scruffy paperbacks so libraries in stately homes tend to have books for decorative purposes only. 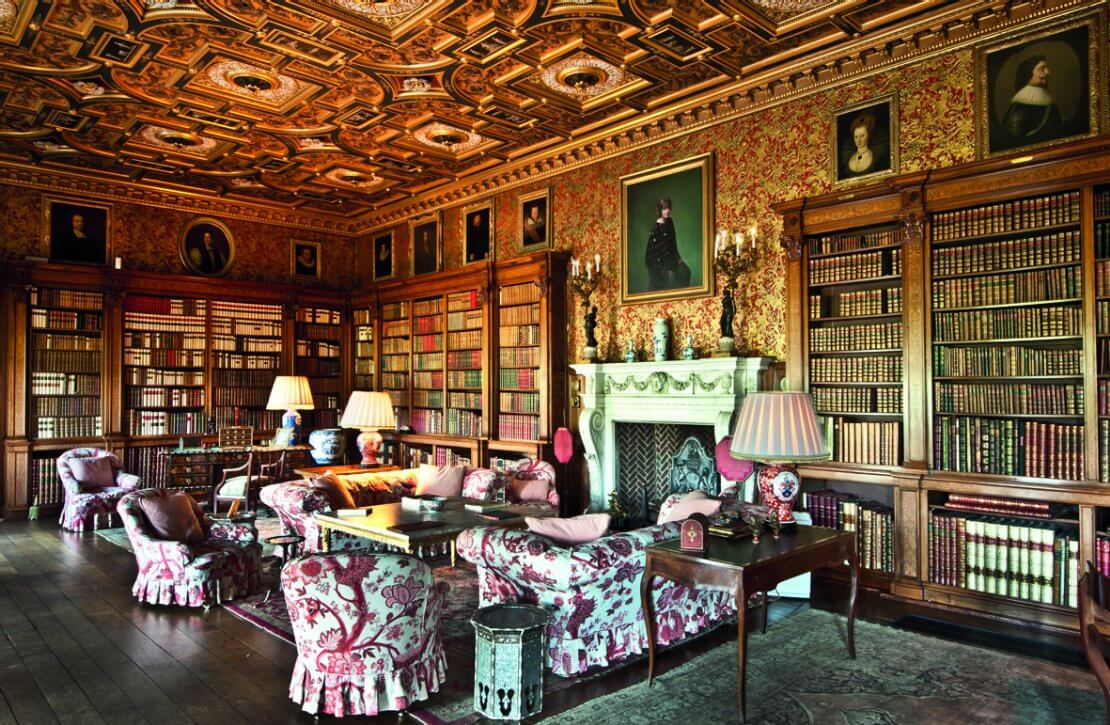 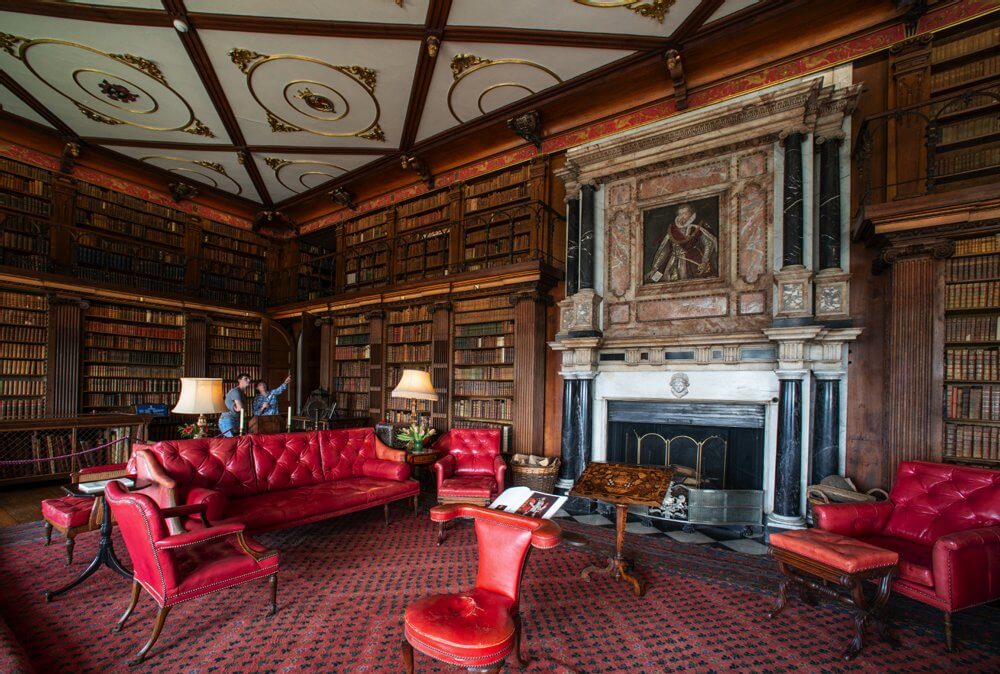 Displayed on the wall in the form of ancestral paintings, every stately home will have an original blood line that is usually illustrated on all available walls. Once reception room walls were fully covered, these would run up the stairs and onto upstairs hallways. These were of course oil paintings commissioned for every member of the family. 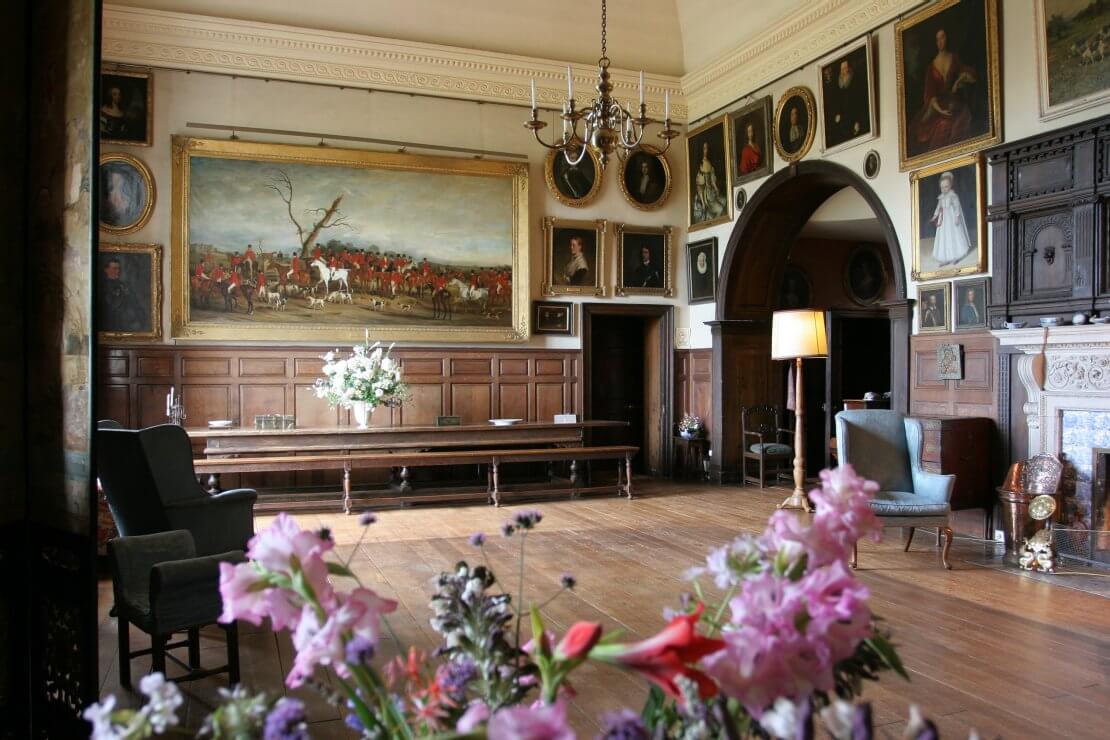 A vast collection of beautiful items

This is really just the icing on the cake. Beautiful family heirlooms, from furniture to artwork, collected from around the world over many centuries would adorn every room. Past inhabitants, who had time on their hands often were avid collectors of ornaments such as porcelainware or china and these were shown off in glass cabinets around the house. Lighting often consisted of highly decorative brass and crystal chandeliers, along with a selection of table lamps and wall sconces. 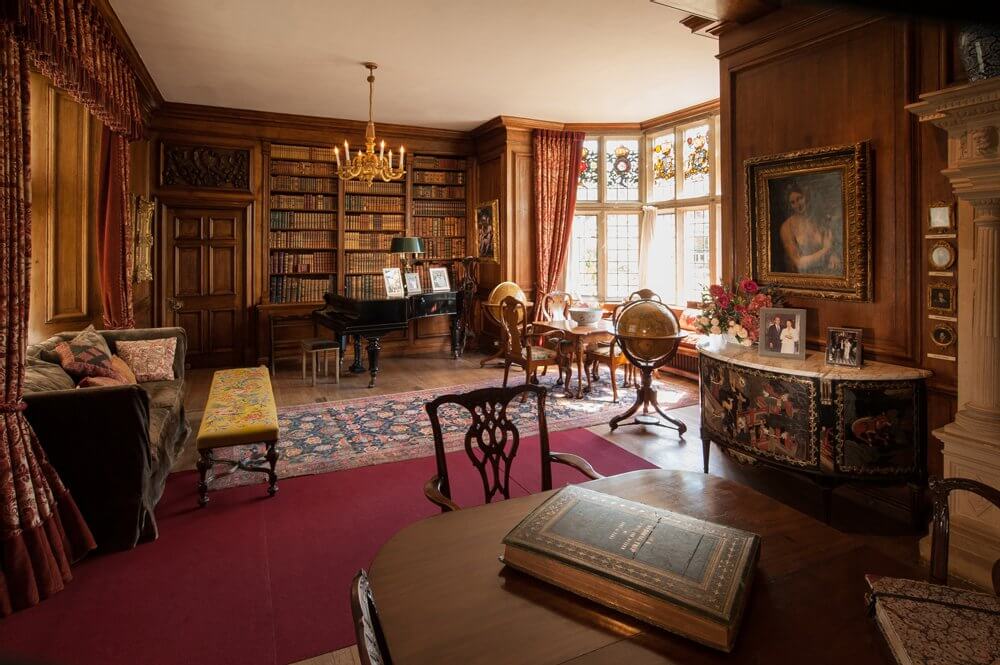 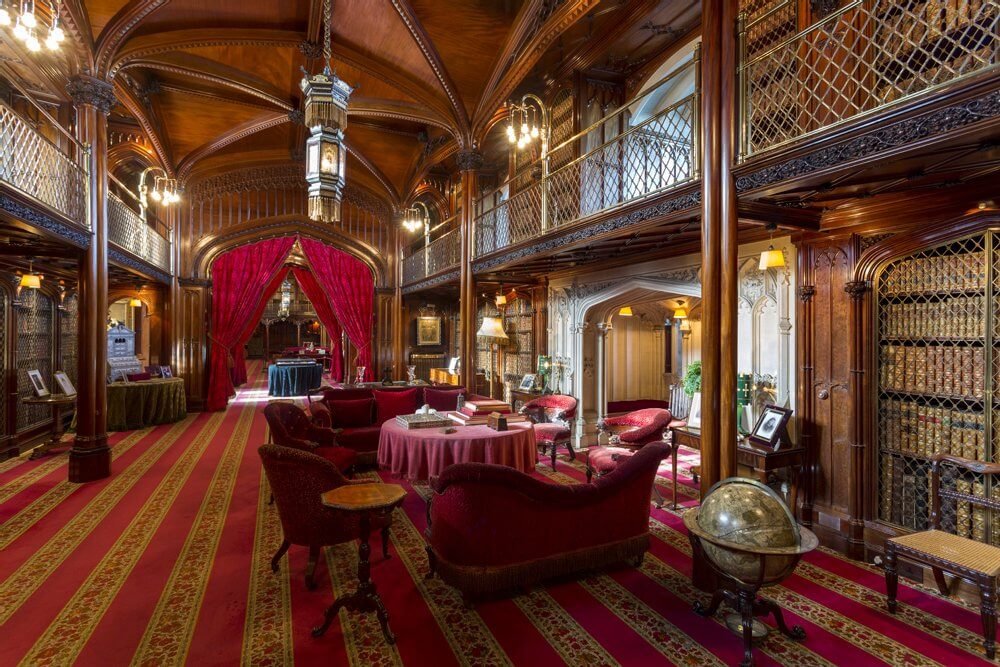 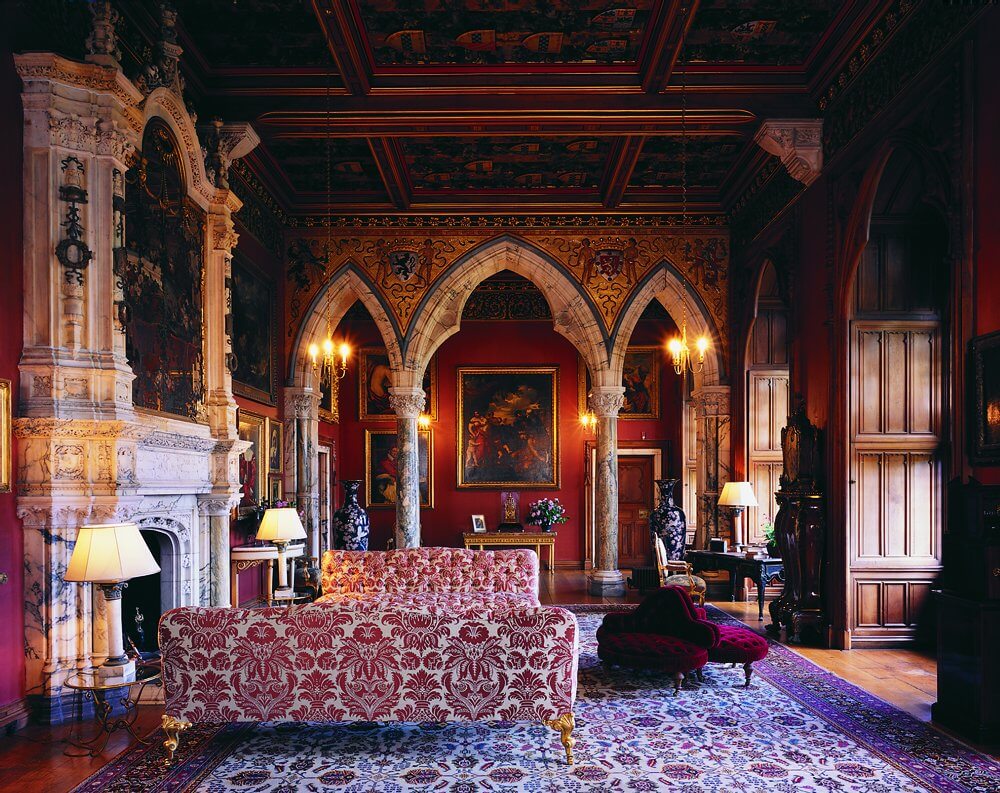 A wonderful article illustrating the grand Victorian houses and wonderful illustrative photography to showcase oneupmanship. One wonders where the where withall came from to maintain these historic houses and grounds.

​The land, and any resources discovered beneath the surface. But once inheritance tax had been introduced and the houses sold off land and got themselves into a bad state, the game for many of them was over ...

This area is aimed at customer focused subjects on Victorian renovation ideas.