Personal hygiene in the Victorian period, and indeed in nearly every era preceding it, was not conducted with the same rigour as today. Victorian men and women would wash arms, hands and faces fairly regularly but the rest of the person was pretty much left to itself. This may seem remarkably smelly, but if everyone else smells the same then one assumes the odour becomes unremarkable.

In more well to do households with indoor plumbing there would be decorative wash stands and wash basins, resembling the bathroom sink with plumbing which is relatively unchanged today. These would be in bedrooms, not in a dedicated bathroom. The wealthier the household, the more elaborate or well fitted these became. Those without indoor plumbing used, frequently very pretty, porcelain jugs and basins.

Roman style warm baths had been re-introduced to Britain by returning Crusaders in the early medieval period who had enjoyed these facilities in the Middle East. During the reign of Henry II (1154-89), Bath Houses were set up on the South Bank of the Thames in London. They were called bagnios ( from the Italian bagnio for bath) or stewhouses as the bathers ‘stewed ‘ themselves in hot water. Behaviour in the baths would appear to have degenerated as Henry VI (1422-71) closed them down when they became a front for brothels. A public outcry forced him to re-open them but he restricted the numbers of bath houses to twelve. Whether this curtailed the activity or simply made the twelve remaining establishments exceedingly busy history does not say, but Henry VIII finally closed them permanently in 1546. 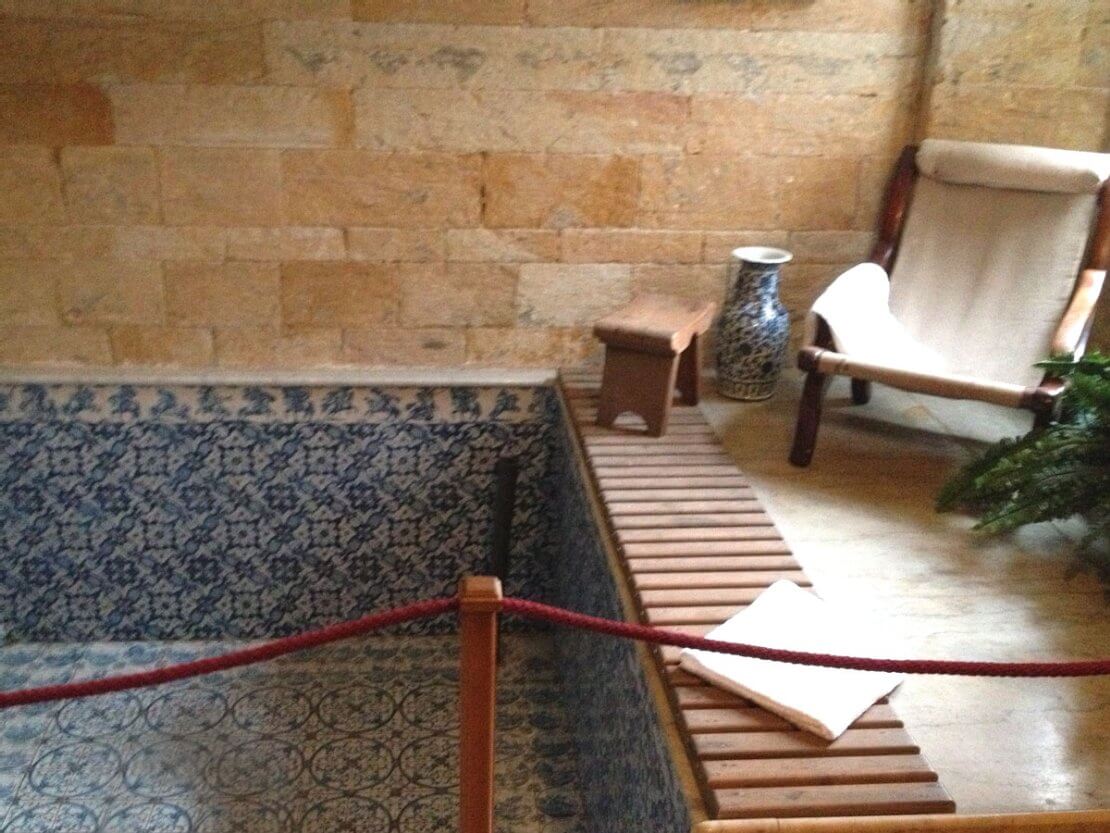 How did the Victorians keep clean?

During the mid nineteenth century, public bath houses were becoming established for an individual to wash not only themselves but also where they could do their laundry. It took until 1915 for all towns to have at least one bath house. Cambridge Heath Bridge Baths in London offered "Baths Hot or Cold with towels and soap 6d; Shower Hot or Cold 6d; 1st Class 1s; Sea salt Hot or Cold 1s ; Colonial Bath Hot with cold shower 1s.." The Paddington Public Baths and Wash Houses in Queens Road Bayswater as well as baths and showers of varying classes and prices also offered, "’a private laundry, where persons may have the use of tubs, hot and cold water, steam wringers, drying chambers, irons and mangles at a charge of one and a half pennies per hour ..." 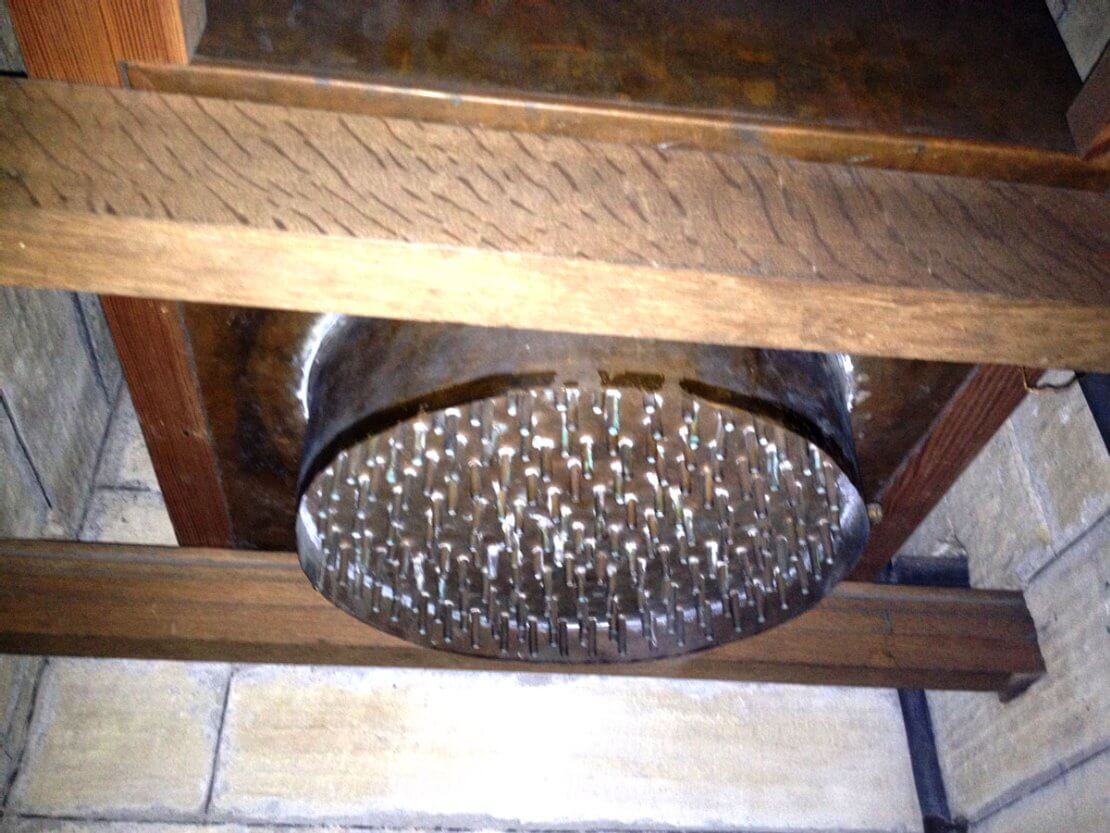 The working classes who lived in towns had access to the newly popular public baths, and Thomas Wright in Some Habits and Customs of the Working Class 1867 makes the observation, "By the time they have finished their pipes (on a Saturday half holiday) it is probably two o’ clock - and they then proceed to clean themselves up , that phrase being equivalent among ‘the great unwashed’ to the society one of performing your toilet. The first part of the cleaning-up process consists in a good wash and is completed by an entire change of dress. A favourite plan of cleaning up on a Saturday afternoon is - among those who live within easy reach of a public bath - to take their clean suits to the bath and put them on after they have bathed bringing away their working suits tied in a bundle. Some of the higher paid mechanics present a very different appearance when cleaned up from that which they presented an hour or two before when we saw them sauntering out of the shop gates."

Presumably lower paid mechanics were either compelled to remain unwashed through lack of finance or were inexplicably un-transformed by the experience.

Wealthy households did have splendid bathrooms with some very elaborate and somewhat Heath Robinson-like shower attachments. Free standing roll top baths were in use in finer homes during the eighteenth century, but it was during the Victorian era that these became more easily available to the middle classes. These baths may have had a system of hot water running to them thus enabling the bather to enjoy the luxury of turning on the taps, but were, for the most part, filled by maids and servants heaving buckets of hot water up from the kitchen range where it had been boiled on the stove top.

A typical British roll top bath would be single ended with ball and claw cast iron feet with tap holes at one end of the bath. They could be anything between five and eight feet in length either parallel sided or tapered like a coffin in shape. The larger ones could have shower attachments and were known as plunger or canopy baths. 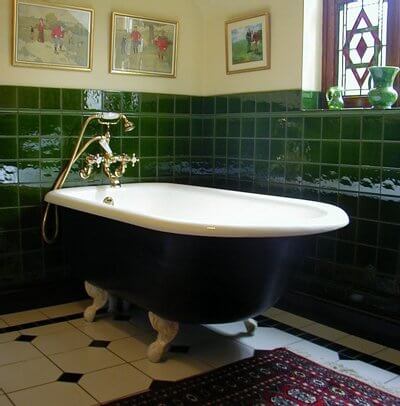 Roll top double ended baths with the taps centrally positioned are French in origin. as are roll top slipper baths, French style baths tend not to have legs (or feet) but sit directly on the floor. Slipper baths whilst they vary in length, are smaller than other roll top baths and are more upright and are often called hip baths . The double ended roll top baths are easily distinguishable as they do not have tap holes. The plumbing would be free standing outside of the bath.

The most stylish baths were roll top bateau and boat baths. The first examples of these were developed by Jacob Delafon of Paris. The original baths sell for thousands of pounds and are as popular now as when they were first developed between 1850 -1900. 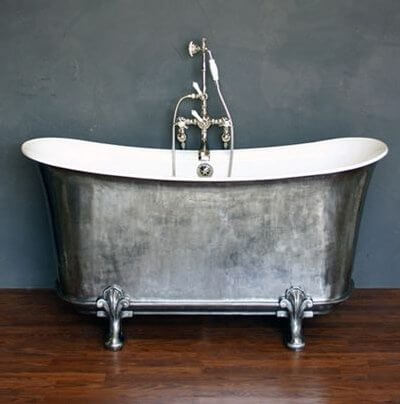 Cast iron roll top bath edges could be anything between four and seven inches wide and all old baths of whatever style were made of cast iron and vitreous enamelled at a temperature of more than 800 degrees centigrade.

The vast majority of the population however did not have bathrooms of any description and those who lived out of town did not have access to bath houses so the ‘old tin bath‘ was put in front of the fire usually in the kitchen. The first to use the water would be the head of the house, followed in a strict hierarchical order according to gender (males first) and age, (babies last). In a large Victorian working family there would be many baths taken in the same water by varyingly dirty people before the close of the session. By this time the water became pretty dirty and the warning ‘not to throw the baby out with the bath water‘ comes from the notion that this water was so soupy that a small child could disappear in it never to be seen again.

Indoor toilets did not exist for most people. In newly built urban areas it would not be unusual for one hundred houses to share one ‘privvy ‘, often a deep hole or pit, dug in a shared yard, with toilet seats arranged over the pit. Many cities had little or no policy on sewage disposal and during periods of sustained rainfall these pits could overflow and run into people’s houses and cellars. They also discharged into the nearest water course from which the community would extract its water supply. A bucolic life in the country did have one great advantage - an outside privvy that most likely was very airy and indeed private. Until the 1950’s and into the 1960’s there were still many houses with outside toilets some with occupants who were refusing the authority’s grant to install an inside WC as they considered an indoor facility to be unhygienic.

By 1854 the ‘great stink of London’ forced the authorities to take action and they commissioned Joseph Bazalgette (1819 -1891) to engineer the London sewers. Peter Bazalgette, his great great grandson, is presently the chairman of Endimol the television production company responsible for producing Big Brother. Whether or not the two generations share a family interest somewhat depends on your opinion of reality television. 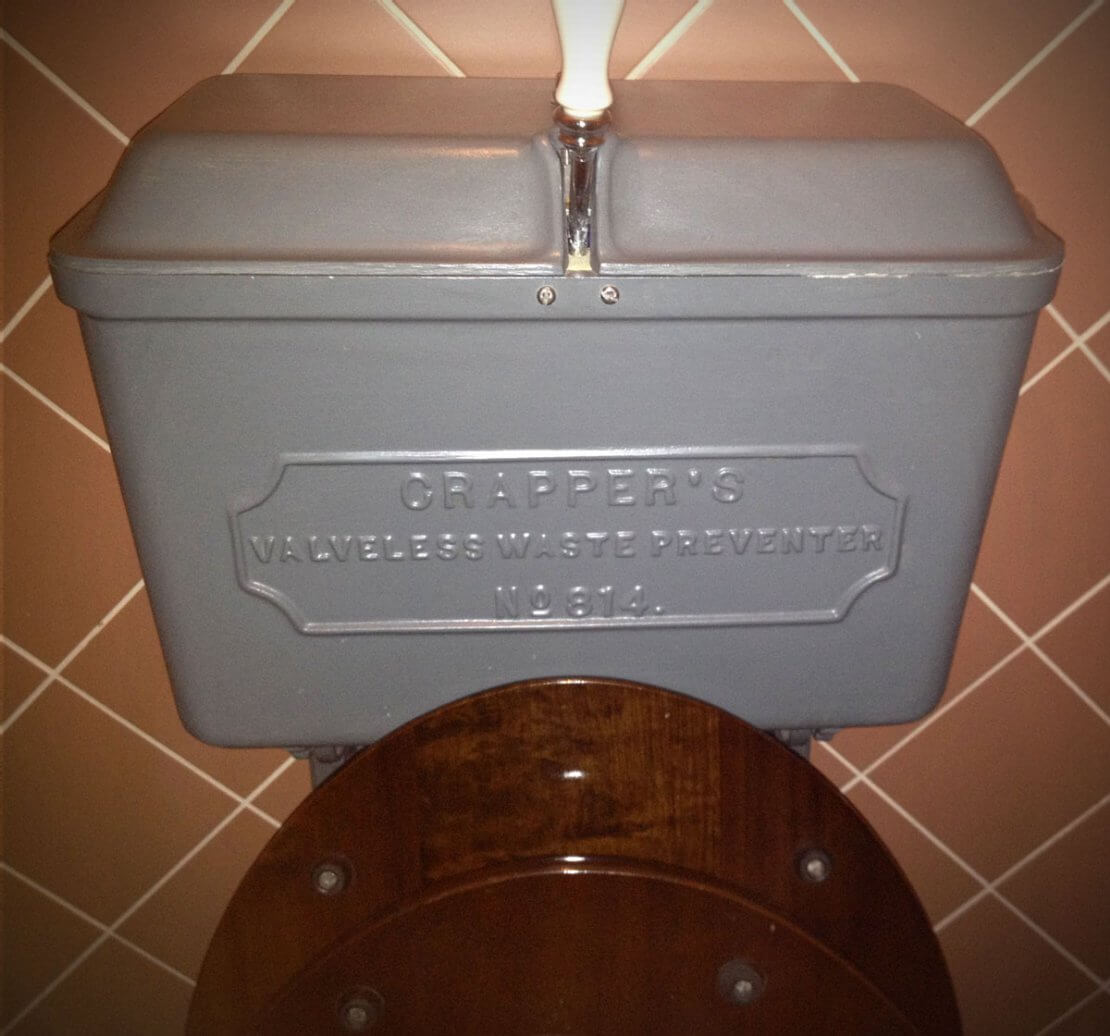 Thomas Crapper, whose name has become synonymous with all things ‘toilet’ was born in 1836 at Thorne near Doncaster. The name Crapper has been explained as being old Yorkshire, from cropper (possibly some agricultural occupation) and is not, as is popularly believed, the origin of the vernacular term widely in use today. At the age of eleven he left home and walked 165 miles to London and got himself apprenticed to a plumber in Chelsea. By 1861 he had his own business, which became Thos Crapper & Co, Marlborough Works, Chelsea. Thomas Crapper did not invent the flushing lavatory - this was invented by John Harrington in 1596 and Joseph Bramah of Yorkshire patented the first practical water closet in 1778. Crapper’s advertising literature made the claim to have invented the syphonic flush which provided a much more effective flush than had been in use before. Even this claim according to patent records is difficult to establish as no patent exists with Thomas Crapper’s name attached but other patents, with other names credited to the patents, do exist. However, Thomas Crapper & Co Marlborough Works Chelsea did supply toilet cisterns /systems to Royal Sandringham, which if still in use could be seen to be royal heritage loos. They also supplied many man-hole covers to the city of London, one of which can be seen on the floor of Westminster cathedral, all of which are gloriously emblazoned with this most fitting of company names.

If you're looking to furnish your bathroom in a way that complements your Victorian house then why not opt for traditional heated towel rails or kitchen taps, or take a look at our range of bathroom accessories.

Not easy to add comment. Excellent ironical tone in the article

You can’t beat a roll top bath tub for style!