The Palace of Versailles was the main royal residence of France from 1682 until 1789  and is located around 12 miles southwest of the centre of Paris.[2]It is a UNESCO World Heritage site, notable especially for the ceremonial Hall of Mirrors, the jewel-like Royal Opera, and the royal apartments as well as the vast Gardens of Versailles with fountains, canals, and geometric flower beds and groves.

Why did Versailles become such an important palace?

Louis XIII came to the area around Versailles for his first hunting trip in 1607 and immediately liked the location due to it’s plentiful game and beautiful views. He adored hunting and the woods around Versailles are full of pheasants, boars and stags. So in late 1623 the king decided to build a small hunting lodge to enable an overnight hunting trip, which he rebuilt on a grander scale from 1631- 1634 and laid the basis of the current Palace of Versailles. The king also bought part of the fiefdom of Versailles in 1632 and these two small palaces established themselves as much used royal residences for the purposes of leisure pursuits.

His son Louis XIV developed a great affection for Versailles early in his life when in October 1641, his father sent him and his brother away to escape a smallpox epidemic that had reached their current home. In 1651,  aged 14 Louis XIV again visited to hunt and from then on the young king often returned to the chateau, accompanied by his brother and mother. In 1661 he also undertook major works on the Palace extending it beyond the chateau that had grown out of the original hunting. The King took a very personal role in the project acting as architect, and built the iconic palace with which he would forever be associated. A vast amount of building work took place in the 1660s right up until the 1700s.

From 1682 Versailles became the main location of the French Court and government. The King created this palace as an expression of power and authority, knowing that this was conveyed not only by winning wars but also by grand buildings. The location hosted prestigious ceremonies, such as the reception of grand ambassadors in the Hall of Mirrors, the Doge of Genoa in 1685, the ambassadors of Siam in 1686, and the embassy of Persia in 1715. Likewise, it was in Versailles in November 1700 where he accepted the will of Charles II of Spain, which named his second grandson as king of Spain.

When Louis XIV died his palace and estate were far from finished however the court abandoned Versailles for Vincennes and Versailles entered a long period of neglect.

Only in 1722 did the young Louis XV return to Versailles to complete the work of his great-grandfather. During his reign the Palace underwent major work both inside and outside, including full refurbishment of his apartments, demolition of the Ambassadors’ Staircase, and construction of a large theatre which had been started by Louis XIV. 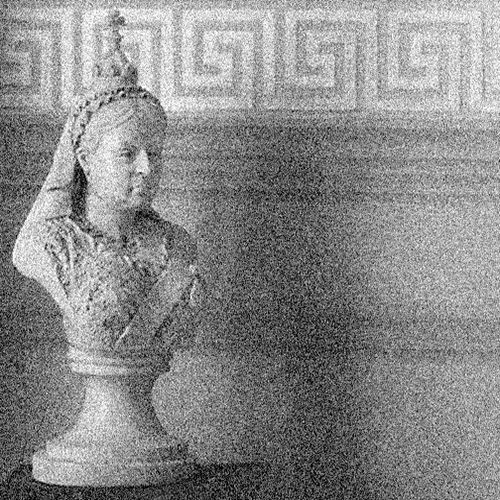 Fast forward to the time of Napoleon III who wanted to develop good relationships with the worlds super powers. He also commissioned building work at Versailles getting rid of former court spaces and generally refurbishing the building. He used the Palace as a venue for celebrations and to show off his power. The Palace continued to host the most important events in the history of France, such as the declaration of the German Empire, signed in 1871 following France's defeat at war by the Prussians. The Third Republic was born in Versailles. Between 1873 and 1954 fifteen presidential elections were voted on by Parliament meetings in Versailles.

It was at Versailles that Napoleon received Queen Victoria for a luxurious stay in 1855. One of Napoleon III’s greatest aims was to reconcile his country with England. During Victoria’s first visit to France he made sure she was met with an ostentatiousness not witnessed in Versailles since the Monarchy had existed.

The emperor was very fond of the English, after spending many years of his exile here, and wanted to establish lasting and sincere reconciliation. Pulling out all the stops, he strove to instigate the first Entente Cordiale. After his stay in London in April 1855, Queen Victoria came on a return visit to France from 17 - 28 August 1855 to attend the opening of the Universal Exhibition. The Emperor went to meet her and her family himself at Dunkirk and accompanied her back to Paris. He put on a splendid reception for her at Versailles on 25 August. No expense was spared and The Marble Courtyard, the Hall of Mirrors and the Royal Opera House were illuminated using gas lamps and the first photographs were taken in the Hall.

A ball was also organized there, attended by 1,200 guests. Four orchestras were positioned in the four corners of the hall, conducted by Isaac Strauss and Dufresne and surrounded by flowers and plants. Hundreds of chandeliers, wall and table sconces and torches were reflected in the mirrors, and large garlands of flowers were hung from the ceiling. Gold and diamonds shone everywhere throughout the gentlemen and ladies dressed in their finery, evening dress for men and crinoline dresses for the ladies. Napoleon III waltzed with Victoria, and Albert with Eugénie. The ball was followed by a lavish dinner in the Royal Opera House. The sovereigns were seated to the right of the royal box, and tables for the guests were set out on the floor. A firework display was held after the dinner and the ball continued until late. Victoria commented in her journal that it was one of the most beautiful and majestic evenings that she had ever attended.

The sumptuous reception was a success and no doubt deepened the relationship between England and France: as well as the treaty of alliance over Crimea, Victoria supported Napoleon in the Mexican Affair, and a 10 year trade agreement was signed in 1860. Napoleon embraced Versailles as a centre for diplomacy as it had been under Louis XIV, and that role continued into the 20th century.