During the 18th and 19th century the nights were a painfully dim place to be. Apparently, the original lighting in London was so poor in 1763 that James Boswell was able to have sex with a prostitute on Westminster Bridge. The shadows and gloom of the pre-electrified world not just provided privacy for Mr Boswell's actions but it was also a haven for crime. If there was no moonlight, people would find their way with personal lanterns and business owners would sometimes hang lanterns outside their premises.

When was street lighting first introduced?

The first public street lighting was with gas (the gas was a flammable gaseous fuel made from distilling coal) and was demonstrated in Pall Mall, London on January 28th, 1807 by Frederick Albert Winsor (lamp posts came as a the relief to the local canine world). Gas street lighting wasn't widely available until the mid-nineteenth century and as late as the 1930s, in London, almost half of the streets lamps still used gas. A gas street lamp only illuminated a few feet around its post. The brightest lamps provided less light than a modern 25-watt incandescent lamp and were placed at some distance apart - generally darkness lay between each lamp (which was probably a perfect excuse for the intoxicated Victorian binge drinker to relieve themselves under the cover of the gloom after last orders at the 'Gin Palace' had been called; but not for useful illumination). The light was more to provide distant points of brightness to aim for - in parts of London they were 65 metres apart. The lighting-up time varied due to the season but lamplighters would be seen with small ladders at dusk and dawn lighting or extinguishing the wicks or mantels of the street lamps. The design of the lamp post would commonly include a horizontal bar approximately two thirds up the post to provide a secure rest for the lamplighters' ladder. 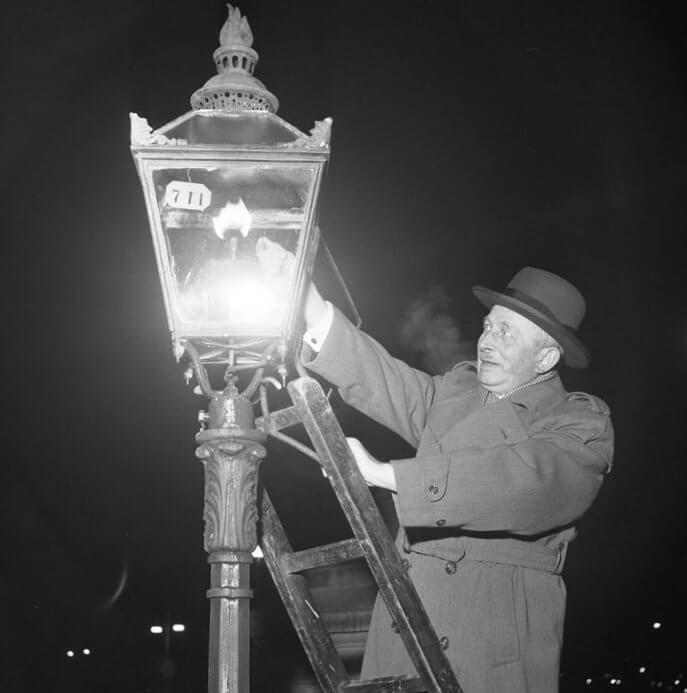 In some communities, lamplighters served in a role comparable to a town watchman but this practice was to stop as systems were developed to allowed the lights to operate automatically. Additionally in 1829, the Metropolitan Police Act was passed allowing the creation of Sir Robert Peel's professional police force as a new deterrent to crime and disorder.

Many Victorian gas lanterns are still used but their gas mantels have now been replaced and converted to use electricity. The use of electricity for the purpose of lighting truly began with a British engineer named Frederick Hale Holmes, who in 1846 patented an electric arc lamp and with Michael Faraday pioneered the electrical illumination of lighthouses in the 1850s and 60s. Arc lighting was found too complicated and expensive for domestic purposes but was exceedingly bright and was used to illuminate St Enoch's railway station in Glasgow.

A variation of this Arc light was used in the 1870s to light the Parisian Streets. These street lights were known as 'Yablochkov candles' and named so after their Russian inventor Pavel Yablochkov (he is sometimes translated as Paul Jablochkof). These 'electric candles' caused a sensation at the Paris Exposition of 1878 which in-turn triggered a steep sell off of gas utility stocks - the electric light was being taken seriously!

Arc lighting was still too vibrant for interior lights; what was needed was a light that was practical and would burn for a long time with a steady light. A brilliant British physicist and chemist named Joseph Swann is the man who was credited with the invention of the carbon fibre filament incandescent lamp. Incandescent light is the light we use today (although relatively recently there have been new advances in low-energy domestic lighting). Incandescent light gives us the warm, steady, practical and clean light source we crave and it changed the way we light our homes forever. The issue that faced Swann was that incandescent lighting wouldn't last very long. His filaments would burn out quickly, making the lamps a costly indulgence. In 1865 Hermann Sprengel, a German chemist invented the Sprengel pump. This pump achieved the highest vacuum possible. When this pump was applied to Swann's glass chambers the air could be reduced to one-millionth of its normal volume, which would allow the filament to glow for hundreds of hours. 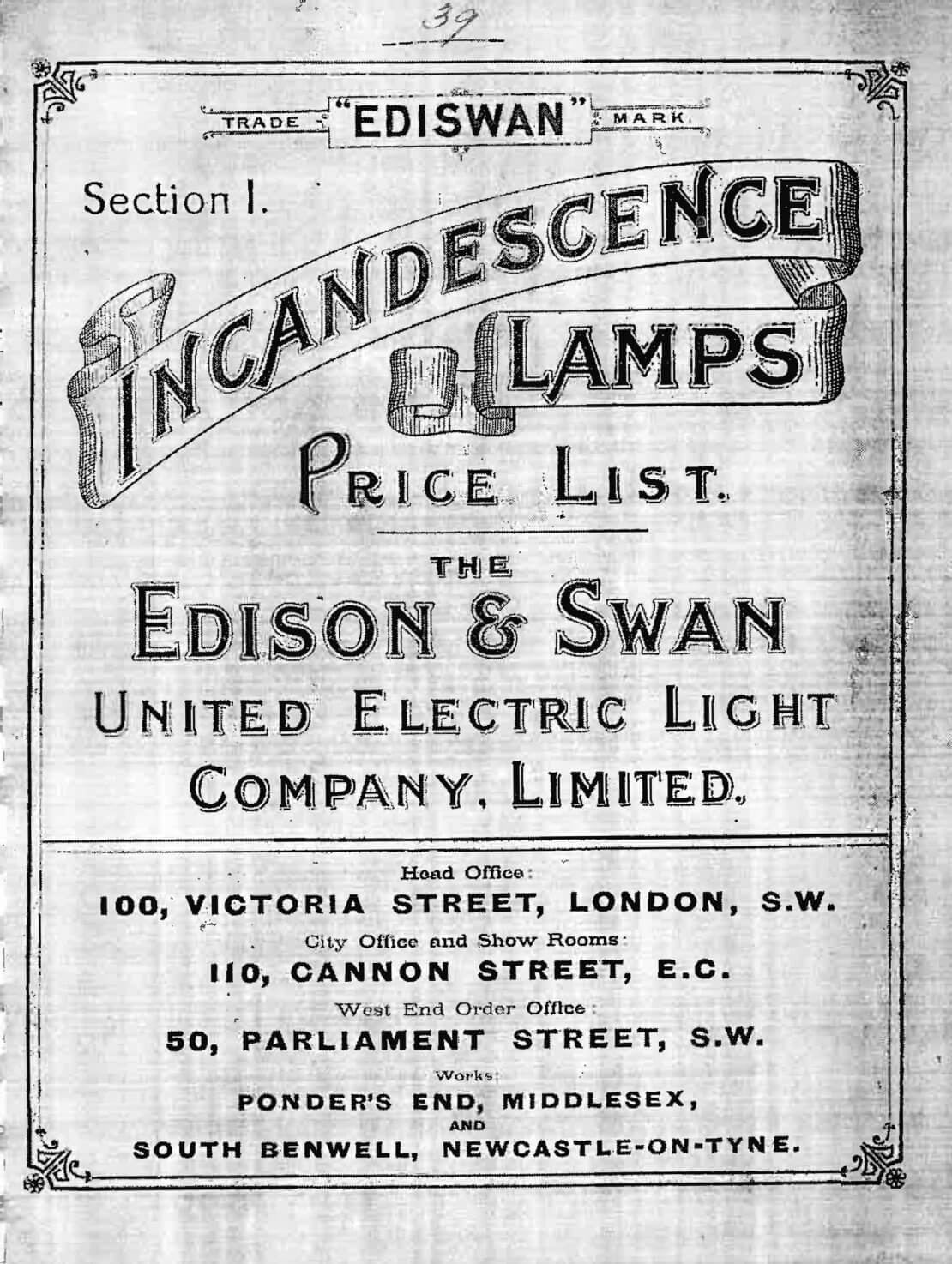 At the time of Swann's developments in incandescent lighting, Thomas Edison, America's premier inventor was also working on his version. Although it was Swann who was credited with the creation of the electric light it is Eddison who had the vision and succeeded in the much larger and more challenging ambition of creating, producing and supplying it on a grand commercial scale. Whilst Swann was manufacturing parts in his own home as a cottage industry, Edison was setting up electrical plants all over the world - what good was the electric lamp when no one had a socket to plug it into. Within a year Edison's plants and electrical systems were powering thirteen thousand electric lights. He was an exceptional marketeer and placed his products in key areas like the House of Commons to gain maximum impact and publicity.

Brilliant and informative article, thank you. Do you know if lamplighters did other jobs as well? Or was their wage enough?

My grandfather William Day was a lamp lighter in Stoke on Trent from after World War 1 until he retired after World War 2. Until people became affluent enough to buy alarm clocks he supplemented his income by ‘knocking up’ workers in the early morning when he did hid round to extinguish the street lights. He used the long stick intended for opening the lantern and turning off the gas to tap on people’s bedroom windows to wake them. For a penny, if I remember correctly.