“We are all born in the gutter, but some of us get to see the stars” Oscar Wilde.

Whilst the form of cast iron and plastic reproduction guttering and their fixings can have a highly distinctive and attractive appearance, their primary function is to disperse the rain falling on a property from seeping into the dwelling and in some cases collect water for future use. There are many types of guttering on the market to suit all styles of houses and of course pockets. Today’s ample range of guttering products is a far cry from days past.

When was guttering first used?

The principle means in which rainwater is removed from the roof is by a series of gutters and downspouts, or pipes. The use of guttering is not a recent development although the past designs for guttering and today’s familiar shapes and sizes for guttering are of the same principle. Collectors of rainwater have been used for thousands of years to help keep roof structures dry. Past excavations of historic sites have revealed elaborate ‘collectors’ of rainwater designed to channel water into cisterns enabling water to be used for drinking and cooking and on some high day occasions, used for washing.

Built-in eaves, or box gutters, were troughs built into the roof structure and are still used today variously in Europe. Whilst these are efficient to channel water they are, by their very nature of being boxed in, expensive to build and when they go wrong are expensive to repair. Damaged ceilings and walls are often evidence of neglected maintenance with these systems. Many built-in troughs have been supplanted with easy to maintain open gutters.

What does guttering do?

The Romans introduced guttering to Great Britain, or Britannia as they would name it, to both disperse rainwater and store it for later use in cisterns. The Romans understood the importance of water and named the goddess of the sewers Cloacina. With the departure of the Roman occupation in approximately 410AD their innovative ways  were to some extent neglected. 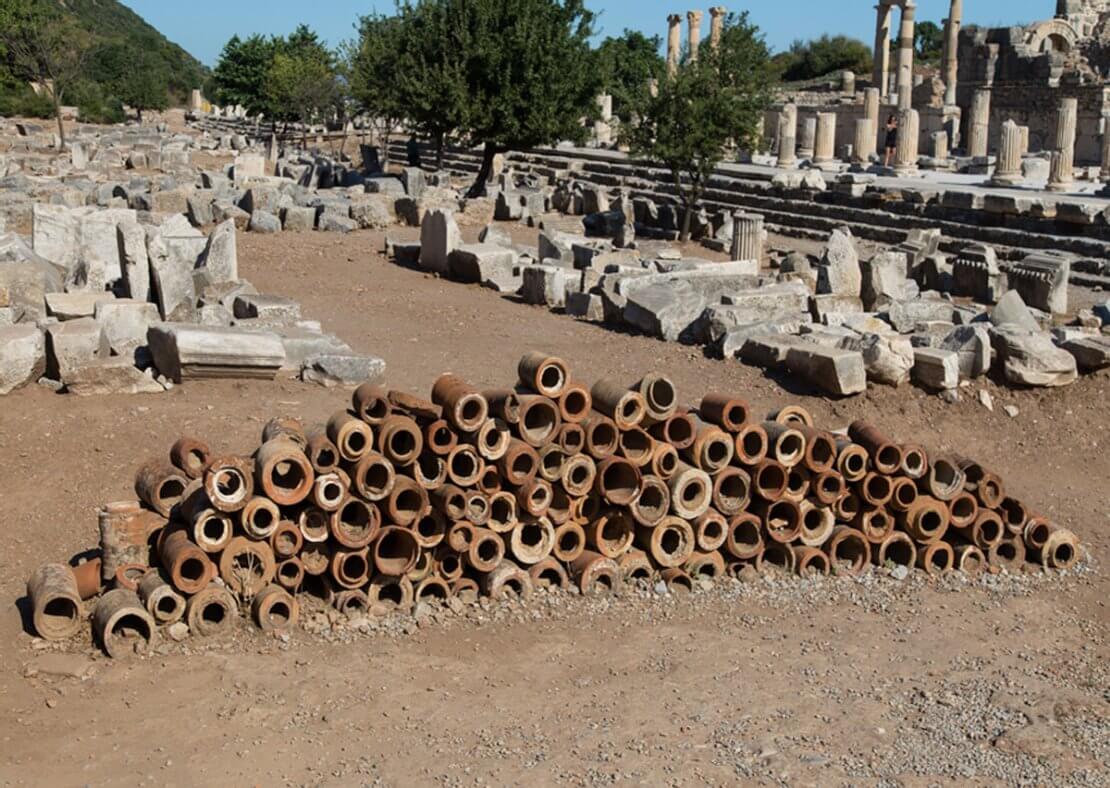 The remaining population were soon again invaded by a variety of European tribes of Northern European and Scandinavian origin. Many buildings were not of the quality and grander of the Romans thus were built with a wide brimmed roof to allow the rainwater to flow off the building which was designed to shed the water away from the house walls, as many of the walls were constructed of loose stone, mud or wattle and daub, all susceptible to water damage.

It was not until the next invasion in 1066 with the Norman’s and their advanced building skills that rainwater dispersal systems and collectors were reintroduced. The centre piece of Norman residency was the magnificent Tower of London constructed using external guttering to protect its external whitewashed walls, known as the famous ‘White House.’ Churches and Cathedrals were built with lead and stone gargoyles to throw water clear from the buildings. One can imagine gargoyles with mocking faces being installed and aimed at a strategic area where people would pass or even seek shelter and of course get very well soaked and mocked at the same time.

With the dissolution of the monasteries by Henry VIII, large quantities of lead became available. This was recycled to form many guttering systems throughout England. Lead offered a material that was not only water and weather proof but malleable needing little maintenance. With the use of lead many intricate designs, including the house owners own heraldic coats of arms could be moulded into the water hopper’s facing, plus an additional amount of interesting gargoyles to show off the owners wit. This not only added design but would indicate the importance and wealth of the owner. The ordinary house owner, until mass production arrived in the 18th century, had to rely on either lead lined wooden gutters, or just plain wooden gutters. 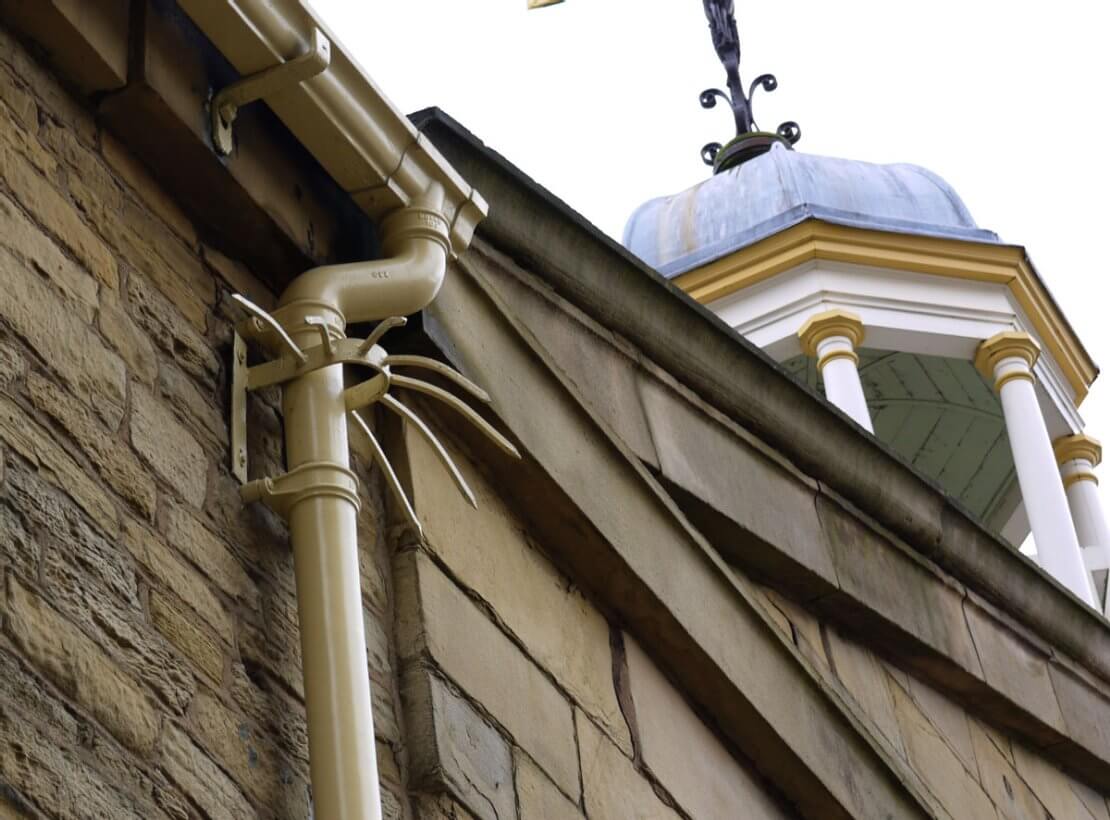 Whilst the rich house owners enjoyed the benefit of lead guttering, it was not until the industrial revolution began to gather pace in the early 18th century that many previously unobtainable metal items could be mass produced using coke smelted iron. This followed on with the continuing development of iron and steel making techniques that allowed bigger ships, taller buildings, stronger bridges, and folly edifices such as the Eiffel Tower and Britain’s Crystal Palace, and of course the arrival of the railways. This allowed mobility never experienced before by the mass population. The railways were able to move more goods around the country including heavy goods such as gutters and piping to far away houses. This fast moving race to improve standards of living allowed house owners to benefit from iron guttering and pipe systems. This great technological improvement offered a narrower roof line that was in keeping with the house dimensions and allowing better houses to be designed and built. By the time of the later generation of Victorians, virtually all houses where built with cast iron guttering and iron down pipes. Without doubt, controlling rainwater avoided damp walls in cramped conditions which caused asthma, bronchitis, emphysema as well as pneumonia, so the health of the general population improved. They were able to enjoy a better life style, earn more money and develop their social lives. With such efficiency of water disposal from the roofs of buildings the problem of shifting water from the road became inevitable alongside the ‘big stink’ problem of sewage. This was solved by the eminent civil engineer Joseph Bezalgette using techniques of underground water flow to a more controlled point of departure, rather than the clogged Thames River.