It was only from the late 1500s when people ceased to live in one big room that the royal palaces and then the houses of the courtiers and gentry were divided into individual rooms and the need for room dividers and ways of accessing the different rooms came to be necessary. At first, rooms were separated by woven hangings but gradually wooden doors became more widespread. These doors were hung from rudimentary hand forged strap hinges fixed directly into the stonework of the door opening. 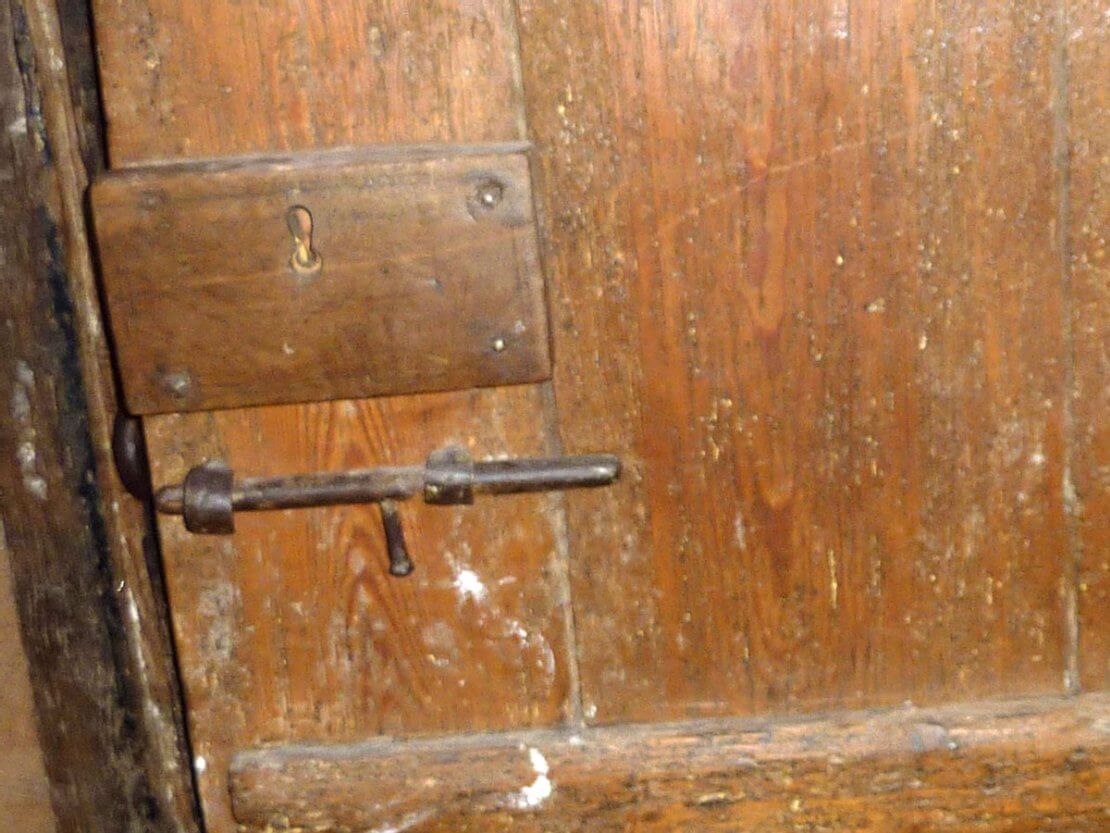 During this period wood and hand forged latches were used along with wrought iron and brass rimlocks, hinges and other pieces of ironmongery made by the local blacksmith. Each item would have been expensive to produce. The less wealthy would have used large wooden box locks at times with metal drop handles or brass knobs or sometimes with wooden turned knobs made by a wood turner on a rudimentary treadle or pole lathe using crude metal tools.

It was the introduction of the penny post in 1840 which created the need for the letter plate for the first time on front doors. The letters tended to be small so only small letter plates were required. As styles developed, letterplates came to be produced as a set with matching door knockers and pull bar handles.

Postal deliveries also necessitated that houses were easily identifiable so conspicuous house numbering became more important. The usual ways of achieving this were either oval plaques of glazed ceramic or enamelled iron. Sometimes the number was painted on the door or the door surround. Solid brass door furniture was for the wealthy with wrought or cast iron the choice of the masses, with a laquered, black or bronze finish, or sometimes painted the same colour as the door. Mortise locks were fitted on many exterior doors as early as the 1790s, with Jeremiah Chubb inventing a type of burglar proof lock in 1818 and Linus Yale introducing another in the 1850s.

As for internal ironmongery, in the first half of the nineteenth century, door knobs tended to be brass, wood or glazed china spheres with some simple decorative elements, and fairly plain fingerplates. Later designs were more elaborate in the more expensive houses

When was the screw invented and by whom?

The screw is thought to be a Greek invention, most probably in the 3rd century. By the 1st century BC, wooden screws were commonly used throughout the Mediterranean world in devices such as oil and wine presses. Metal screws used as fasteners did not appear in Europe until the 15th century. 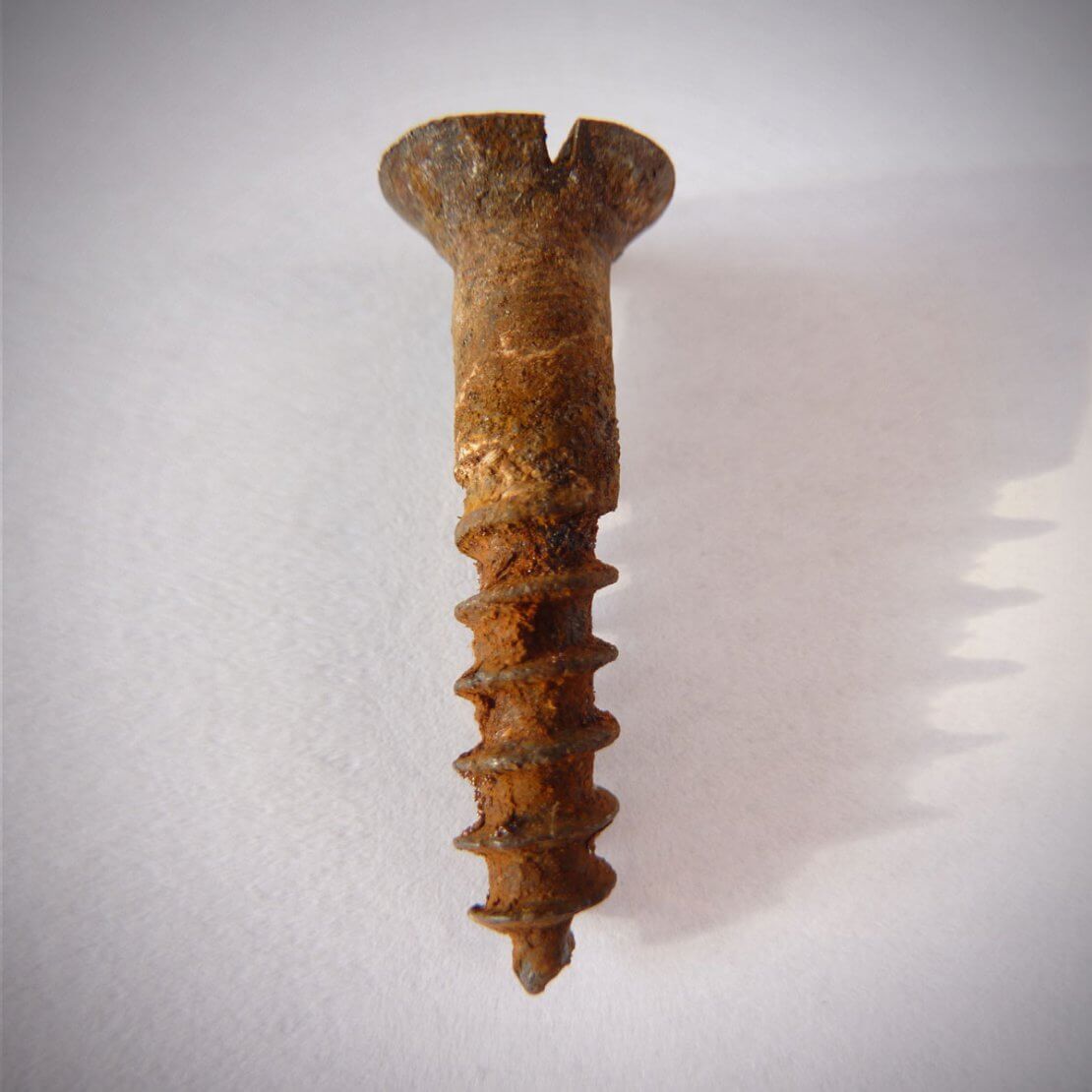 Handheld screwdrivers or "turnscrews" have existed since medieval times (the 1580s at the latest), although they probably did not become truly widespread until after 1800, once threaded fasteners such as dowels and pins, wedging, mortises and tenons, dovetails, nailing has spread into common usage.

The metal screw did not become a common fastener until machine tools for mass production were developed toward the end of the 18th century. This development blossomed in the 1760s and 1770s with the mass production of screws made of metal to be used in wood in a specialized, single-purpose, high-volume-production machine tool; and the more bespoke on demand style of production of machine screws of different specifications according to what was required on the day. The high volume production of a standardized product was pioneered by brothers Job and William Wyatt of Staffordshire who patented in 1760 a screw making machine. It made use of a leadscrew to guide the cutter to produce the desired pitch and the slot was cut with a rotary file while the main spindle held still. It took them a further 16 years to progress this to a full blown screw factory, which, under new owners in the 1780s was producing 16,000 screws a day with only 30 employees, a great achievement at the time. Jesse Ramsden  meanwhile in 1777 invented the first proper screw-cutting lathe. The British engineer Henry Maudslay’s screw-cutting lathes of 1797 and 1800, brought together these innovations and turned screws into a mass produced commodity turning his businesses into a leader in the world of machine tools for many years.

These developments from around 1760–1800, helped to popularize the use of threaded fasteners. Standardization of threadforms began then but has continued to evolve but screws became cheaper and cheaper throughout the 19th century.

Highly descriptive blog, I loved that a lot.