When were railings invented?

The earliest railings were wrought iron, and their manufacture was possible because of the development of blast furnaces in the 15th century. Early examples can occasionally be found inside churches. Wrought iron continued to be used until the late 19th century, following the emergence of steel. Cast iron railings did not appear until the second half of the 18th century, following the development of new industrial processes.

Cast iron became ubiquitous because of the Adams brothers in particular, who immediately recognised the ease with which it could be cast into classical forms. However cast iron was rarely used decoratively on the outside of houses until after 1850. Iron was most commonly used for railings mounted on low stone boundary walls, balustrades and in the case of some middle class houses, parapets or to crown bay windows, porches or pointed roofs. Cast iron increased in popularity during Victorian times and was widely used for making Victorian gates, railings, panels, and the decorative elements they incorporated. 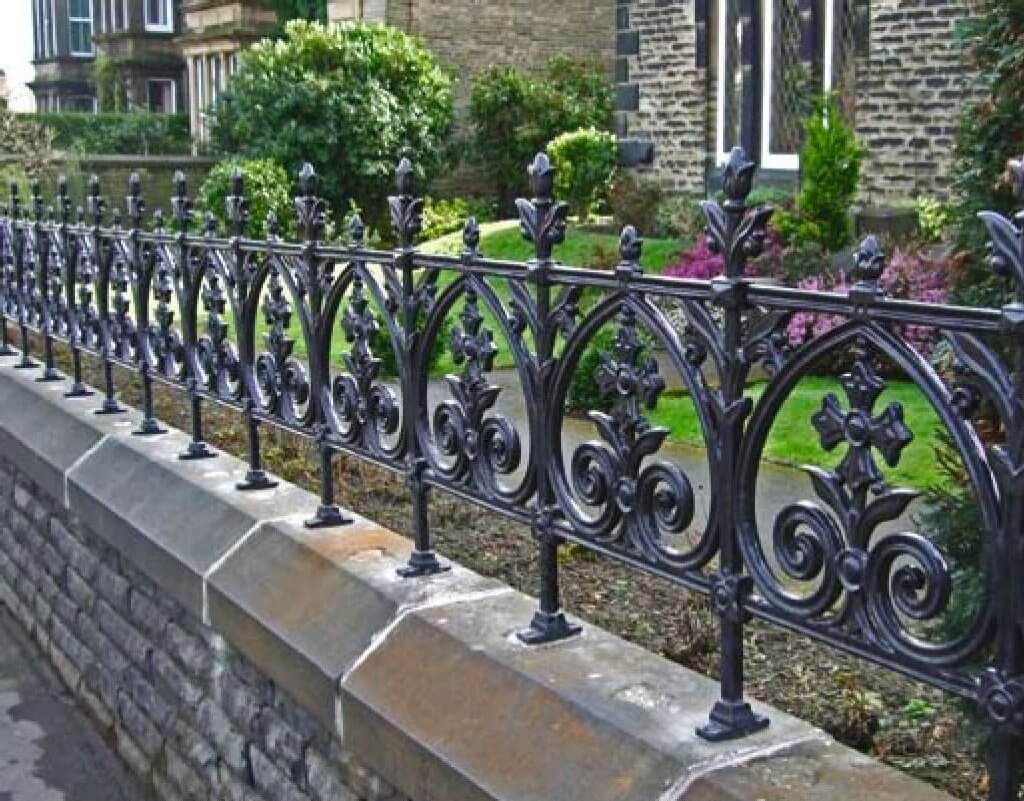 In Victorian times the creation of attractive and impressive houses was the order of the day and this included garden paths which were often decoratively tiled, gates and railings, a statement of affluence and well being.

Wrought and cast iron Victorian gates and railings are a common feature of terraced houses across the country and were installed to mark the boundaries of houses from the public highway and to provide a level of security.

Traditional ironwork is often styled to reflect the architecture of the house and is an important unifying feature when used as decoration, balustrades or railings and gates to terraces. During the Victorian era, there was a huge demand for decorative cast iron gates and railings - Victorian designs represent a ‘gracious era’ when manufacturers took time to produce quality and long-lasting decorative items. By the late 19th century there were catalogues of mass produced cast iron railings and gates for the wealthier Victorian householder to choose from. 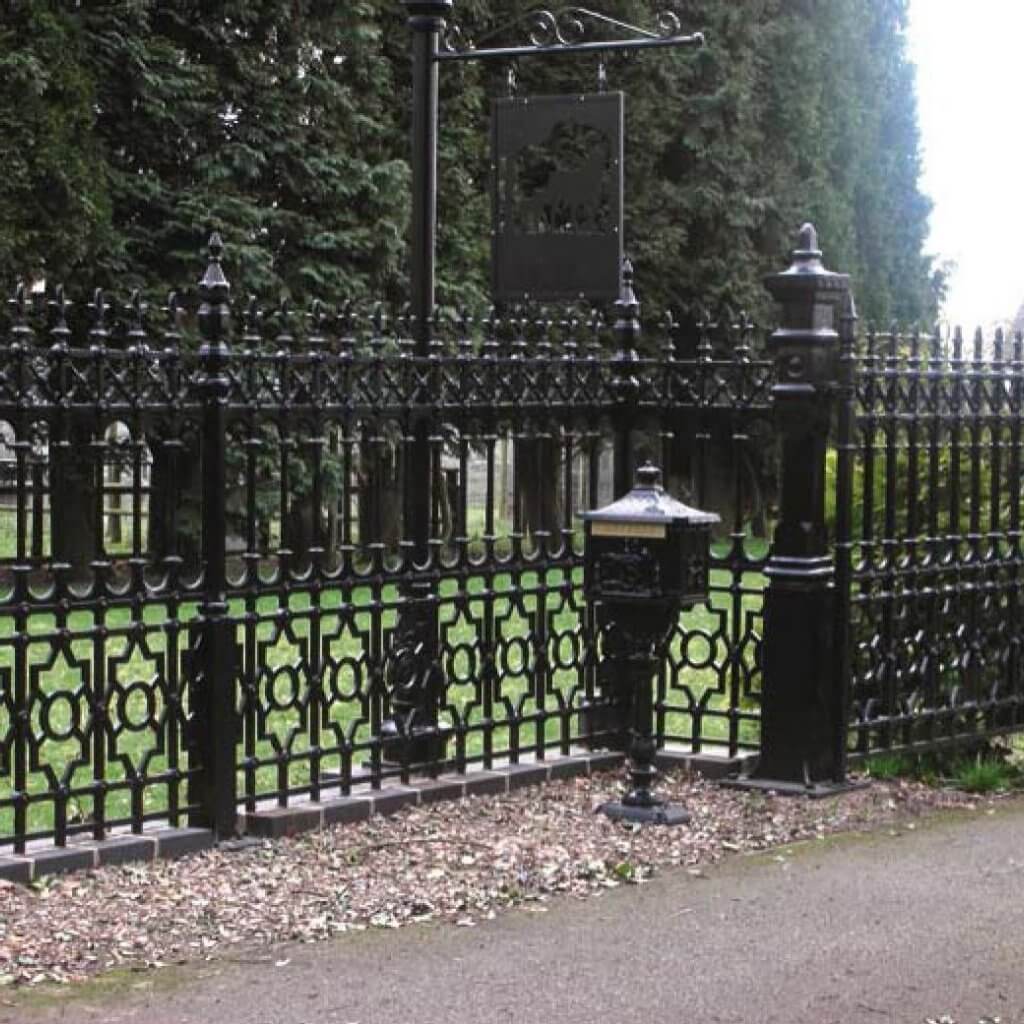 Many railings and gates were removed during World War II, ostensibly to be melted down in a morale-boosting drive to help the war effort. The reality was that the iron could not be reused and more often than not it was simply dumped at sea. Other railings that survived this fate may now be poorly maintained or subject to poor quality repair work. Interestingly the Victorian iron railings were allowed to stay wherever there was a drop behind them down to a basement level, obviously to protect people from falling in during a blackout.

Wrought iron is malleable whereas cast iron is brittle and tends to crack and split under stress. The ability of wrought iron to bend without breaking means the original material can usually be straightened and reused rather than replaced.

Various colours have been found on historic ironwork. In the first half of the nineteenth century 'invisible' greens (so called because they would blend into a background of foliage) or stone colours were used for fences, gates, railings and garden furniture. In 1840 Humphrey Repton recommended a 'bronze' finish, made by powdering copper or gold dust on a green ground. Green was used throughout the mid Victorian period but dark blue, red and chocolate brown were also popular.

One of the most famous examples of wrought iron Victorian gates is Kew’s Victoria Gate entrance which comprises of a pair of imposing double gates with flanking single side gates, designed by William Eden Nesfield. He was the son of the landscape gardener William Andrews Nesfield, who helped redesign the Gardens in the mid-19th century. The gates are one of four pairs at Kew that are Grade II Listed.

If you are looking to add real authenticity to your Victorian home, consider adding restored wrought iron fencing.