Early man would build a fire in the centre of his combustible hut or damp cave. Even when coal came into regular use the efficiency of each open fire place meant that most of the heating went up the chimney, (it would have been warmer to sit on the roof), with added danger of chimney fires or sparks causing the home, especially dwellings with a thatched roof, to burn to the ground.

Whatever supplies crude heat in the home it needs a watchful eye as it is likely to get out of hand with moving logs or coal as they burn then fall out of the hearth. Then there is the danger of sparks settling in nearby upholstery with the obvious consequences.

Even with the introduction of man made coal gas,(before natural north sea gas was introduced) there were further dangers, as it was itself highly toxic killing many home dwellers if the flame went out leaving the home owner to die as the gas supply would be still running. Man needed something better, more efficient and safer to warm the family hence the ingenious development of controllable heat in the form of piped circulating hot water held in cast iron vessels that radiated the heat where and when you wanted it.

Cornering the worlds share of the cold stuff, Russia reigns supreme, it’s the coldest place on our planet. The poor old Russians wrapped up in bear skins, as otherwise they would last a few minutes, or less in their bare skins. The scientific measure for cold per day for a typical Russian per person is about -14 degree Celsius. In hot Canada it is about -11 degrees Celsius. 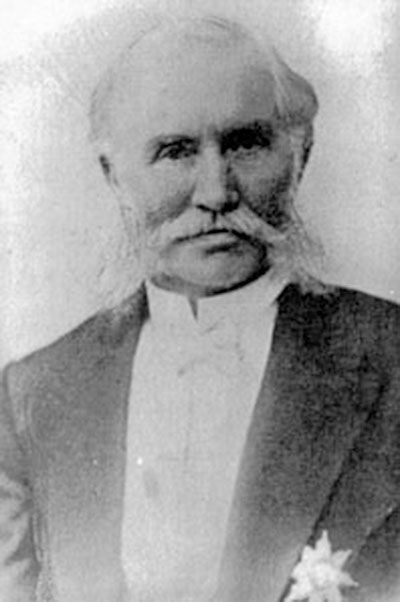 Who invented the radiator?

So with the bitter cold giving him a wonderful incentive to warm up his cold bones the Polish-born Russian, businessman, Franz San Galli invented the heating radiator in St Petersburg between 1855-1857. That’s two years of cold fingers fiddling with bits of cold metal before he could take his hat off and thaw out his Vodka using his new Radiator. His invention was taken up by the wealthy Victorians as the ‘must have’ of the day, although the Radiator sensation in Great Britain really took off during the early 20th century. Although there are earlier beginnings of radiator development in the 1830’s the concept we see today is mostly based on designs by the inventive  Americans, Joseph Nason and Robert Briggs in around 1863 with later design additions of the cast iron ‘Bundy Loop’ by another American, Nelson H Bundy in 1872. All the radiators of the day were run by steam, rather than hot water today. Steam works at great pressures hence all early radiators were fitted with steam valves which might suddenly release their steam should the pressure rise too much.  One can imagine the turtle soup being gently ladled out on to the waiting plates sitting at the Victorian dining table when all of a sudden the steam valve blows causing the startled servant to throw the soup over the equally startled guests. All this changed by using hot water to heat the Radiator instead of steam.

Victorian radiators are constructed of cast steel. This is known as a sealed steel hollow container filled with hot water feed with piping supplied by an electric pressure pump.  All radiators need an efficient boiler to heat the circulating water as it makes it way around all the radiators. Each radiator gives a generous amount of warming heat whether they are run on either tank held Calor gas, natural gas (LNG) or tank held oil, all to provide fuel for the boilers that heat the water.  LNG as it’s known (Liquified Natural Gas) is temporary liquified for transport reasons as it only takes up 1/600th of volume of natural gas in its gaseous state. It is odourless, non-toxic and non-corrosive and is the most used fuel for Radiator boilers, followed by oil pumped from storage tanks near its property. 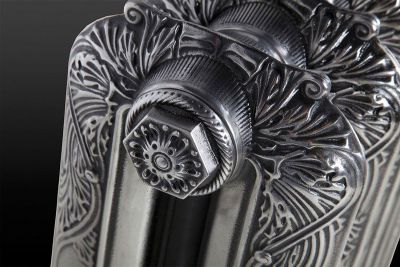 As the water circulates around the radiators its temperature rises and falls. When new water is added to a central heating system, a certain amount of air also enters the system. The action of the impeller of the pump will also 'create' a certain amount of air. As air will rise in water, it will collect at high points in the system, this is especially noticeable within radiators and in high level circulation pipework. All the range of Victorian radiators have an air bleed valve to remove trapped air in the radiator. You can tell if a radiator has trapped air as parts of the radiator, mostly at the top, will feel cold.

The fashion and elegance of Victorian and later in Edwardian homes, was reflected by the Victorian cast iron radiator designs which included intricate scrolled detail into the iron casting of the Radiator which the manufacturers were able to create. Of course today’s modern flat utility and blandly designed Radiators manufactured from pressed steel sheet are unable to create such interesting design, which is why people are increasingly opting for more traditional column radiators or heated towel rails in their Victorian bathrooms. 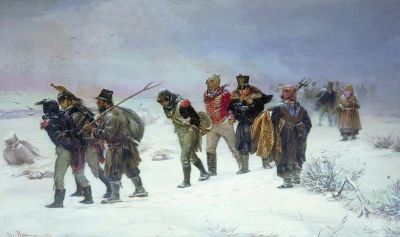 Any country that tries to invade Russia never got past the first post before winter set in, as Napoleon B. and Adolf H. will testify. “Ivan keep firing the guns it will be September soon.” Perhaps in war the Russians urged on the cold days by naming it ‘cold calling.’

I found this very interesting and I enjoyed finding out about the history of the Victorians and about the heating and lighting that they used. I can’t wait to share this link and use it to write a presentation about the Victorians.

Are these radiators available as oil filled electric radiators?